No Death from Cerebrospinal Meningitis in Lagos - Commissioner 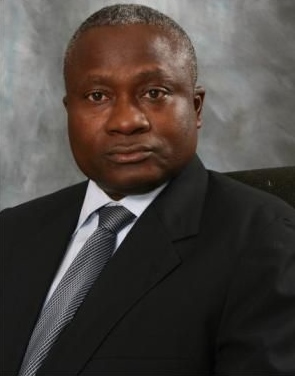 The Nigeria Centre for Diseases Control (NCDC) had on April 7, released statistics which claimed that CSM killed two people in the state.

The statistics also indicated that three cases were recorded in the state so far.

A statement signed by the Director, Public Affairs, Adeola Salako on Sunday quoted the commissioner as saying that the report was false and capable of causing undue panic.

“The report carried by some newspapers and online platforms is untrue and does not represent the reality of the situation in Lagos State as at today.

For the avoidance of doubt, there are two main types of meningitis. The epidemic prone meningitis, which is referred to as Cerebrospinal meningitis (CSM), is caused by a bacteria called Neisseria Meningitides. It’s occurrence is seasonal or cyclical, depending on the level of herd immunity and climatic conditions.

The second type of meningitis is Non-Epidemic Meningitis, which is usually caused by a virus or other bacteria, but not by Neisseria Meningitides.

The Non-epidemic meningitis occurs without any seasonal pattern or periodicity,’’ Idris was quoted as saying.

The commissioner said that a Disease Surveillance Notification Officer in the Lagos Island Local Government, had sometime in March reported nine suspected cases of meningitis from Massey Street Children Hospital with two deaths.

He said, however, that none of these was confirmed as due to CSM.

“Although, all the nine cases presented with clinical features of meningitis at that hospital, laboratory tests proved that they were either due to Haemophilus influenza or Streptococcus pneumoniae and not Neisseria meningitides.

The ministry was also notified last week of a three-year-old boy, presenting clinically as meningitis at a registered private facility in Lagos, but the laboratory investigations did not confirm CSM.

None of these cases, presented with a history of recent travel to any area with an outbreak of meningitis and neither were visits from such areas recorded with the aforementioned cases,” Idris said.

Idris urged the public to observe a high standard of personal and environmental hygiene as a preventive measure against the outbreak of the disease.

He said that such hygiene measures should include washing of hands with soap and water frequently and thoroughly.

“Also, avoid direct contact with the discharges from an infected person and covering of mouth and nose when coughing and sneezing. It is strongly advised that people should avoid overcrowding in living quarters, provide cross ventilation in sleeping and work-rooms and other places where many people come together. People should get vaccinated with CSM vaccine when they travel to areas where meningitis outbreaks have been reported.”

Idris said people should support the government efforts in its resolve to prevent the spread of the epidemic to the state.

Such support, he said should include by reporting suspected cases to the nearest public health facility.

“There is no need to panic; we will continue with our surveillance activities, constantly review our records and brief the public from time to time.”