#AsaEncore: 3 Hours of Pure Music! Here are the Highlights of Asa Live in Lagos Concert 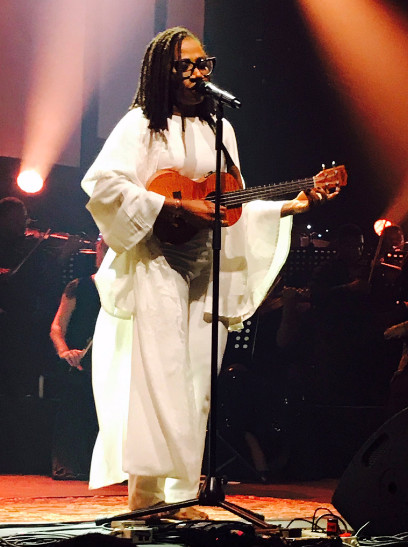 I don’t think one can quantify the energy this concert exuded. It was a breathtaking night of pure, amazing vocals and good music. See first photos HERE.

If you weren’t there, here are the main things you missed:

Opening acts – Funbi, Tay and Omolara
These guys are a breath of fresh air in the Nigerian music industry. The prepared the way for the vocal goddess – Asa.

The Vesta Violinists and Band

For two hours plus, Eko Hotel and Suites was on fire! Everyone caught it at some point. Some, like the lady and the guy in front of me, were on fire the whole night! While many may not understand the technicality of the music, everyone could attest to the fact that we heard good, unadulterated sound.

Asa featured the Vesta Violinists (a 30-piece ensemble), coupled with an amazing band that never went on break throughout the whole time. 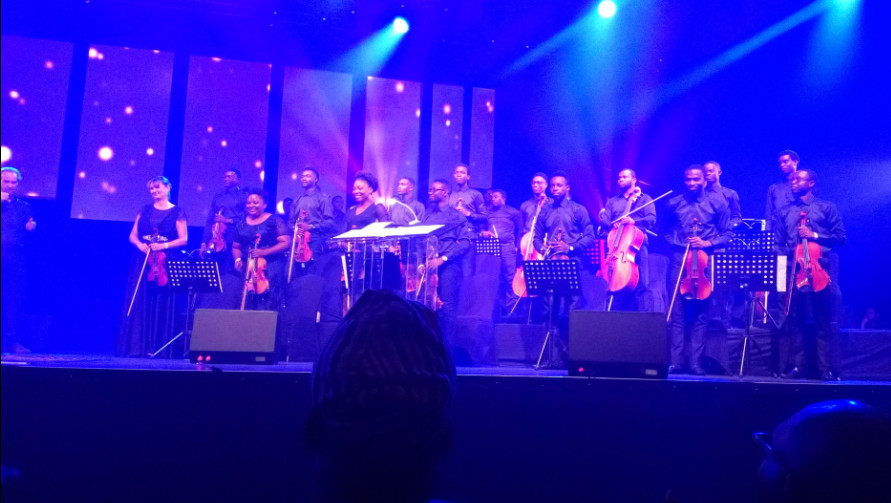 As Asa was performing Bibanke, she walked to one of the violinists, sat on his laps and teased him as she sang amazing scales. Well, dude was smiling and blushing all through. We bet he didn’t play music for those two glorious minutes. 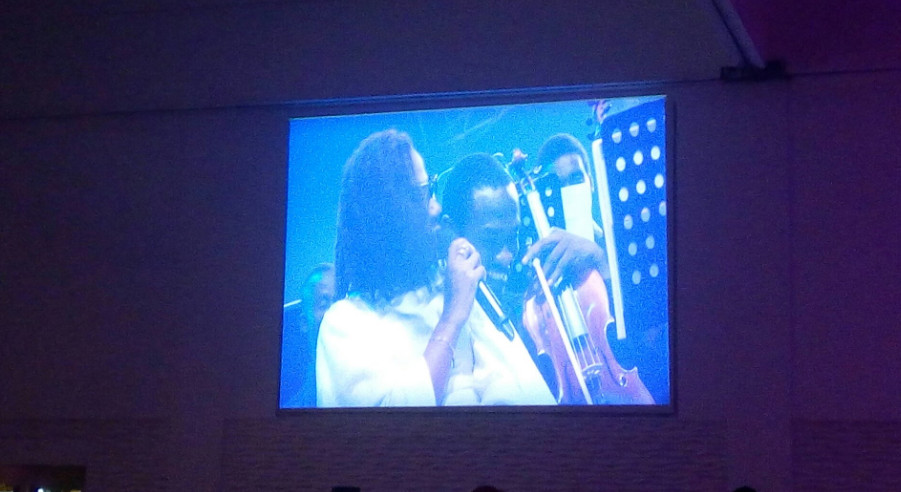 You won’t be wrong if you describe the whole event as one very BIG highlight. With Asa’s vocal dexterity, coupled with dance moves in between, there sure wasn’t a dull moment.

No lip syncing, just raw talent. We were the only ones who lip-synced (especially the guy and lady in front of me) throughout the night and understandably so.

In between her performance, she also shared inspiring messages from her personal experience.

She talked about how she had to wait 10 hours at an audition in France with the cold, hungry and fatigue hitting her from every side. She was tempted to go home but she didn’t. She was later called to perform for 2 minutes and those 120 seconds were all she needed.

She was taken and later, five record labels jostled to sign her. That was how the success story, which is still being written, began.

She then asked: “What if I didn’t wait for that audition?” Remember the guy who sat in front of me? He replied her saying, “You for still blow! You too much!” 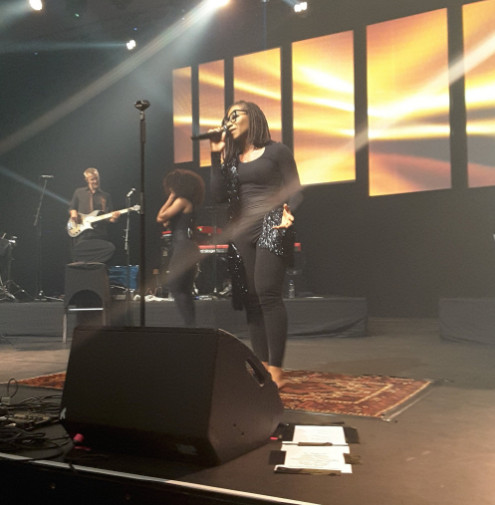 This was indeed an event of international repute. No one could sit for more than a few minutes per time. At one point I leaned to the person seated beside me to ask a question, only to find out that she was lost in the music. “God forbid I spoil this moment for her,” I said to myself.

Yeah, she was joking. How can this music not work? Well, she said she had thought of being a preacher’s wife, a tailor, and an (insignificant) part of a marching band.

“So this music must work oh,” she said before delving into Rihanna‘s hit “Work,” for a few seconds.

She also praised other Nigerian music acts for representing the country well on the international scene. She shared a story of how her taxi driver in China asked of her nationality and she said Nigeria. “That means you know Davido?” She quoted the man as saying, adding that he also praised Nigerian songs.

She also talked about how Nigerians are mistaken for Nigeriens, especially in the Middle east. 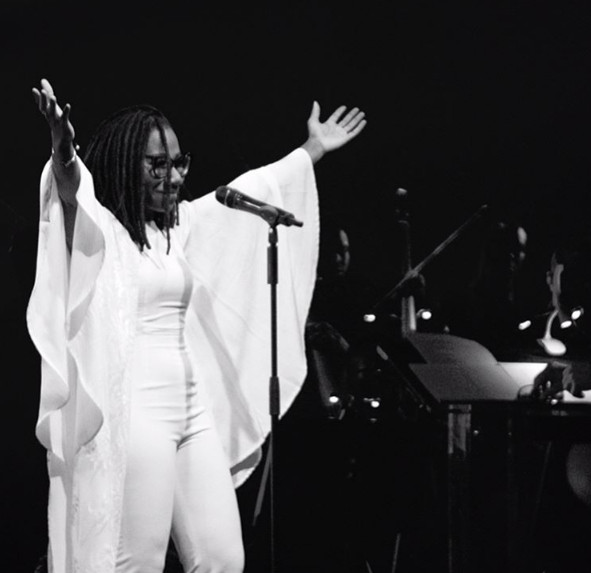 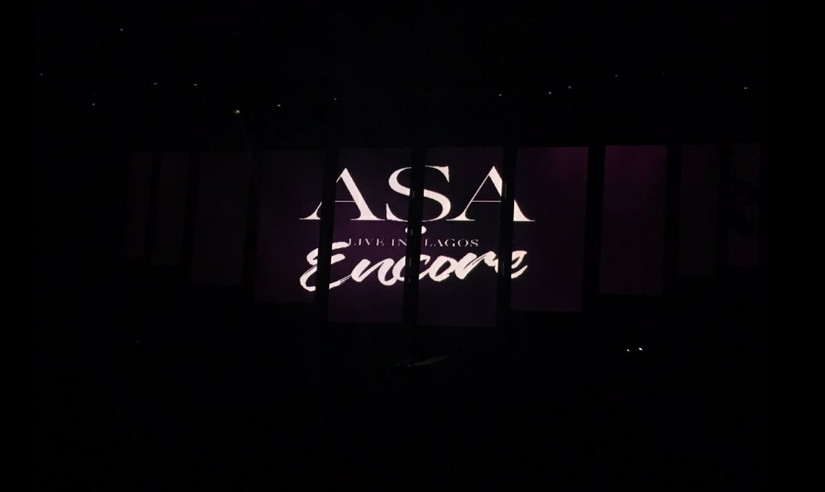 After she performed Jailer, it looked as if the show had come to an end, but the audience wasn’t having any of that. “We want more,” someone screamed, and in no time we all joined.

Well, she performed two more songs and we loved every bit of the “extra time”.

Asa Performing #BBNaija winner Efe’s “Who I be?” signature Pose

Yep! Big Brother Naija 2017 is still trending. At the end of the show, when Asa was acknowledging all those that made the show a success, she made Efe‘s (the winner of the reality show) signature pose for his “Who I be?” slogan.

She leaned backwards, bent her knees slightly and screamed “Who I be?”

The pose and slogan depicts appreciation for unmerited favour.

P.S: Almost everyone lost their voices! Plus I know of at least one person that joined Asa’s fanbase last night!