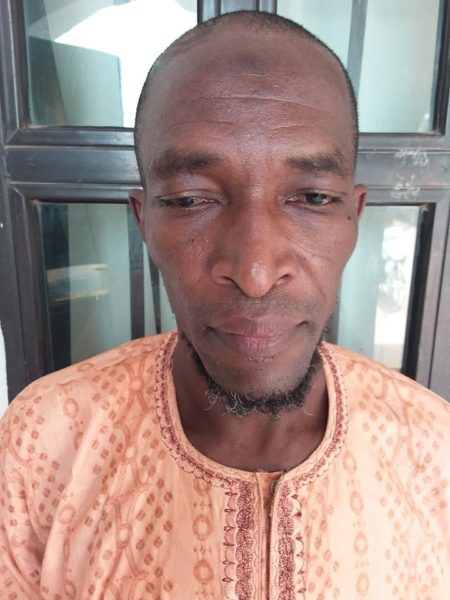 The Economic and Financial Crimes Commission (EFCC) on Monday in Bauchi, arraigned an official of the Bauchi State Ministry of Lands and Survey, Maikudi Ibrahim Abubakar before Justice A.M. Shitu of the Federal High Court for obtaining money by false pretence.

The accused hails from Azare, Katagum Local Government, Bauchi State and was alleged to have some time in April,2014 collected the sum of N1, 955, 000.00 from one Auwal Dankyarana on the pretext that he owned two plots of land situate at Tambari Housing Estate and Gida Dubu Housing Estate respectively in Bauchi and promised to process the title documents of the plots but diverted the funds to personal use.

Investigation revealed that the Certificate of Occupancy of the plots in question was allocated to different people since 2012 while the transaction in this trial only took place in 2014.

MAIKUDI IBRAHIM ABUBAKAR sometime in April 2014 in Bauchi, Bauchi State within the jurisdiction of this Honourable Court with an intent to defraud did obtain the sum of N1, 955, 000 from one AUWAL USMAN DANKYARANA as purchase price for two plots of land situate at Gida Dubu Housing Estate with plot number T7 and Tambari Housing Estate with plot number T8 Bauchi, Bauchi State under the false pretence that the said plots belong to you and thereby committed an offence contrary to Section 1 (a) and (b)of the Advance Fee Fraud and Other Fraud Related Offences Act 2006 and Punishable under Section 1 (3) of the same Act.

He pleaded not guilty. Justice Shitu granted him bail in the sum of N2m and adjourned the case to May 24, 2017 for trial.