Did you watch Day 74 of the Big Brother Naija reality TV show?

For this week, Biggie had informed the Housemates that there will be no HoH Task as it was the finale week; however, the Housemates all get a chance to be HoH for a day. This started with the outgoing HoH Bisola handing over the crown and royal ornaments to Debie-Rise who reigned over the House for the next 24hours in her first and only tenure as HoH. As her tenure ended, Debie-Rise selected Marvis as her replacement ensuring that she also becomes HoH albeit for one day.

Today, Biggie’s Brief to the HoH was direct. Igwe Marvis was to select another Housemate to be HoH for the day and it seemed a no-brainer when she chose TBoss. This move on Marvis’ part ensured that every single member of the top 5 wore the Igwe crown and ruled the BBNaija House at some point in their sojourn in the BBNaija House. 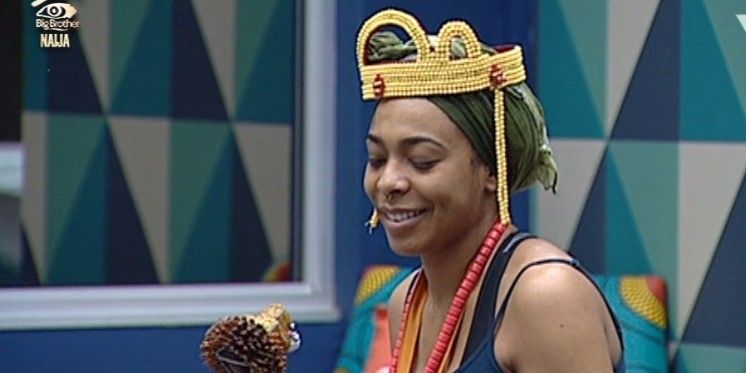 Biggie also admonished that the Housemates had to undergo some Tasks today and they would receive a good reward if they did as well as they did yesterday; however the second part of Biggie’s message should have the Housemates a bit worried because Biggie promised them a “not so good reward” for any lackadaisical attitude to the Tasks at hand today.

After the HoH handover to the new Igwe for the day HoH TBoss, she was summoned to the Diary Room where she emerged a few minutes later with a Brief. Biggie’s words were not minced as the Housemates were instructed that they were to go into the Arena for a life-size game of Snakes and Ladders.

The Brief instructed them that Bisola was to moderate the game and be the first to throw the dice. She was also supposed to decide the order in which the game would be played. Biggie’s game of snakes and ladders was not without Biggie’s usual unexpected twists. The twist is as follows: 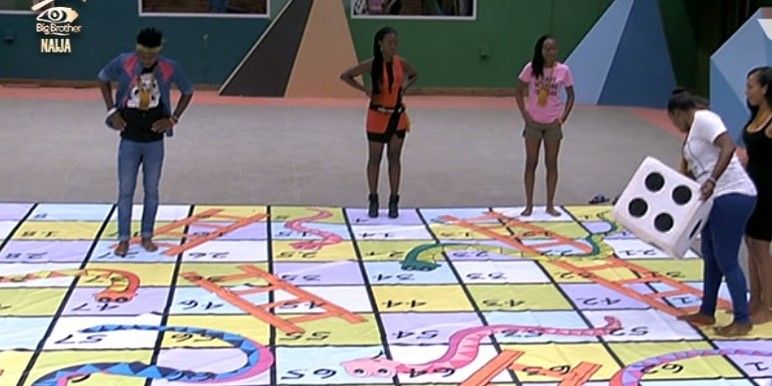 As the Housemates got into the Arena and Bisola got to allocating starting positions to the Housemates opting for an alphabetical order to signal the starting line-up. The game gave the Housemates a chance to speak their minds in the presence of their fellow contestants and as the games wore on, loads of laughter could be heard from the Housemates.

Bisola, in her now familiar heavy Yoruba accent, moderated the games and was first to get to the 100 block signalling her as the winner. A very boisterous Efe was second across the finish line and he celebrated his win with a victory lap across the Arena. Third across the finish line was Marvis, followed shortly by TBoss, leaving the last place to Debie-Rise.

The game was concluded and the Housemates sat around the Arena waiting for Biggie’s buzzer to signal their exit from the Arena and back into the House. Biggie had warned against any form of lackadaisical attitudes towards the games and it seemed Biggie was impressed at the heartiness the Housemates applied to this game.

Chilling with Ebuka and Karen

They both have first-hand experience being contestants on the show and have gone on to enjoy massive success in their respective fields so who better to prepare our final five for what awaits them, than Ebuka and Karen. Ebuka was the first to come in before revealing that he had a special guest for them. He then introduced Big Brother Africa winner, Karen. Cake and champagne were then brought in and everyone sat around the dining room table and caught up like old friends. 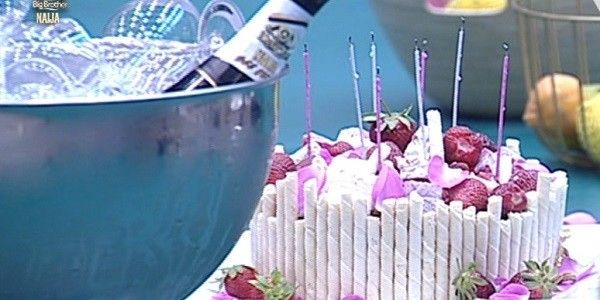 Karen was as real as ever and when it came time to dole out advice she told the Housemates to brace themselves for enemies that were going to come their way trying to be friends. She opened about people mocking her and calling her ugly before the show but commending her for her beauty as soon as she’d won the money. “You accept me? You Love me? You don’t? That’s for you! Don’t let anyone bring you down. Know your worth.” While everyone appreciated the lesson in self-love she also cautioned them to not over indulge and get arrogant. “Always remember where you come from. Don’t walk over people.” 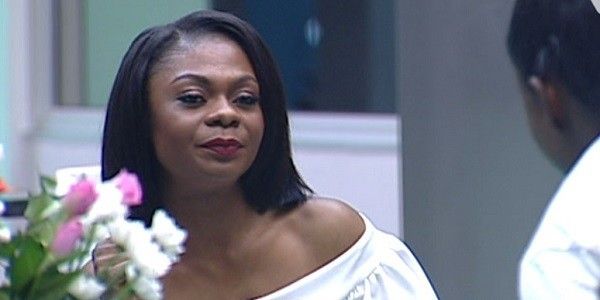 The Housemates were impressed with her with TBoss, Bisola and Efe all noting that she was a real as real gets. In fact, they all said exactly the same thing in their Diary Sessions with Biggie. “She’s exactly the same person we used to watch on TV”. Being that it was her special day, she demanded that the Housemates treat her to some music and they gladly complied with Debie-Rise singing her Happy Birthday before Efe and Bisola dropped a rap verse in her honour. 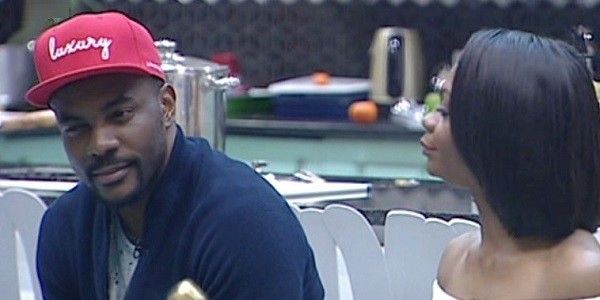 Having gotten knocked out of the running before winning, Ebuka had some sobering but very pragmatic words of wisdom for the Housemates. He revealed how his career didn’t take off until nearly six months after his Eviction. “Yes, there will be lots of love!” he said but he advised them not get discouraged if the bookings and money don’t start rolling in immediately. “Being broke and famous is a real thing! I was the last one to catch a break.”

He also revealed that he’d been very depressed after getting Evicted because he was a lawyer and had no background in entertainment so unlike the others, winning the money was his main objective. Lastly, Ebuka told them to find what they were good at and pursue that because they might find success outside of the limelight. He cited Katung as an example of someone who’s enjoyed monumental success, behind the scenes. 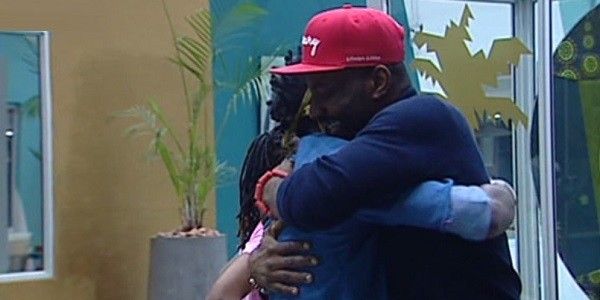 The Housemates then cut the cake and shared it out. Ebuka said he was hungry and Marvis whipped him up a quick meal. It’s no secret she has the biggest crush on him and she called it “the perfect visit” in her Diary Session later. They then danced and drank champagne before the buzzer sounded for Ebuka and Karen to leave.

However, that wasn’t before they revealed that Jon and Ese were fake Housemates and there were no other left in the House which only left everyone speculating who the third one was with people seeming to settle on Bally.