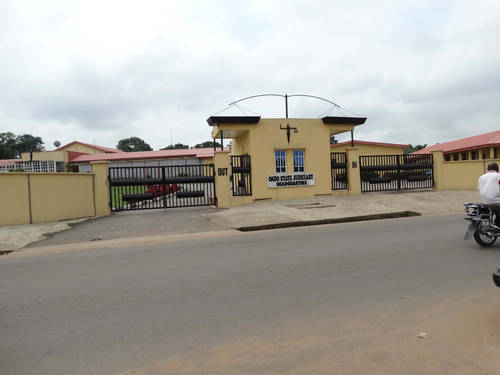 Four undergraduate students of College of Health Technology and Adekunle Ajasin University in Ondo State, were on Thursday  remanded in prison over allegations of armed robbery.

They appeared before Magistrate Victoria Bob-Manuel after been accused of felony and robbing a resident of No. 14 Temidire Street, Ire-Akari Estate, Akure. They allegedly robbed the resident, Akinyemi Hassan, of two mobile phones and an iPad, a total value of N93,000.

According to the police report acquired by SaharaReporters, the robbery took place at about 11:30 p.m. on March 20, 2017.

Olowofeso said the offense committed by the students was punishable under sections 6(a) & (b), and 1, 2(a) & (b) of the Robbery and Firearms Special Provision Act of 2004.

The police prosecutor later pleaded with the court to remand the students in prison custody pending the outcome of legal advice from the office of the Director of Public Prosecution (DPP).

Olu Daramola, the legal counsel to the four accused students, did not oppose the application made by the police prosecutor.

In her ruling, Bob-Manuel ordered that the four accused students should be remanded at the Olokuta Maximum Security Prison and adjourned the case till May 8, 2017.

Taiwo Obasanjo Petitions Police over Alleged Plot to Assassinate Her