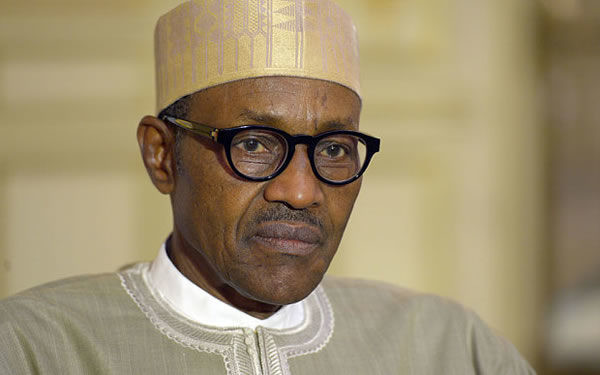 President Muhammadu Buhari says that the Federal Government will do everything within its capacity to secure the freedom of the remaining Chibok schoolgirls in captivity of Boko Haram.

The President, who said this in a message to mark the 3rd anniversary of the abduction of the Chibok schoolgirls on April 14, noted that the administration was willing to bend over backwards to make the abductors of the girls release them.

According to him, the Federal Government has engaged local and international intermediaries in reaching out to members of Boko Haram for the safe release of the Chibok girls.

“Like I have repeatedly said, the Federal Government is willing to bend over backwards to secure the release of the remaining Chibok girls.’

We have reached out to their captors through local and international intermediaries, and we are ever ready to do everything within our means to ensure the safe release of all the girls.”

I wish to reassure the parents of the Chibok girls, all well-meaning Nigerians, organisations and the international community that as a government, we are unrelenting on the issue of the safe return of our children.”

I trust God that soon, our collective efforts will be rewarded with the safe return of our schoolgirls to their families, friends and their communities,” Buhari said.

President Buhari stated that Nigerians had every reason to celebrate the return of 24 of the Chibok schoolgirls as well as thousands of other Nigerians who were abducted by the terrorists.

He said the government was in constant touch through negotiations and local intelligence to secure the release of the remaining girls and other abducted persons unharmed.

“As a parent, I am eternally grateful to God that some of the girls were found alive and have been reunited with their families,’’ he added.

According to the President, the government is doing all within its powers to reintegrate the freed girls to normal life.

The President expressed appreciation to the parents and families of the abducted girls that had endured three years of agony and waiting for the return of their children.

He appealed to the parents and all Nigerians not to lose hope on the return of the remaining schoolgirls.

“My special appreciation goes to the parents and families that have endured three years of agony and waiting for the return of their children.”

“I feel what you feel. Your children are my children. On this solemn occasion, my appeal is that we must not lose hope on the return of our remaining schoolgirls.”

“Our intelligence and security forces, who have aptly demonstrated their competence, are very much equal to the task and absolutely committed to the efforts to find and return the schoolgirls and others abducted by Boko Haram.’’

He commended the Lake Chad Basin countries, friendly nations and international partners, who at various points in the last three years had offered their support for Nigeria.