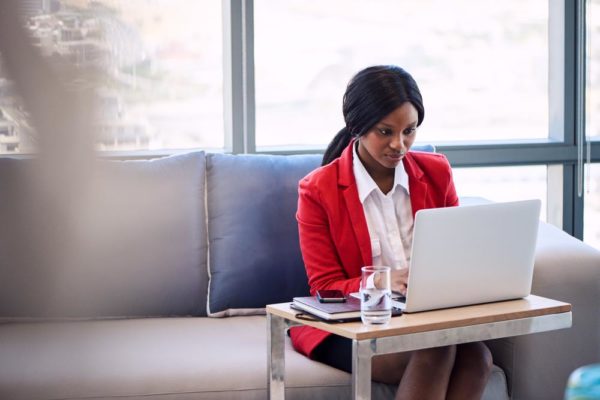 After seventy eight days of entertaining viewers from across the globe, the Big Brother Naija show finally came to an end on April 9th, 2017. It was quite a memorable night for a number of reasons. For one, the excitement it stirred right up to the finale was one of exponential proportion. The young, the old, the bourgeoisies, the proletariats, the apolitical, the political aficionados, the religious and the atheist – everyone from all walks of life – stayed glued to their TV screen as they eagerly anticipated the announcement of the winner of the reality TV show. Whilst watching the finale, one other thing I could not help but do is, extract what Nigerian writers can learn from the show to either better their craft, or generally apply to their writing. Discussed hereunder, is a list of 3 things writers can learn from the finale.

Explore strong, negative themes
If you really want to catch the attention of the reading audience, or provoke some consciousness within them, then you need to start exploring very strong and negative themes in your writing. Have you ever wondered what made books like Things Fall Apart and Joys of Motherhood live in our memories till this day? It is not only because the writers were fanciful with their craft. It is because of the “bitter” message they sold. Chinua Achebe explored themes such as racism and colonialism in his book, Things Fall Apart. Buchi Emecheta also followed same path of strong, negative themes with her work, Joys of Motherhood, as she wrote about slavery and race. Is it a coincidence that, the biggest author to come from Nigeria in the last ten years, Chimamanda Adichie, also toyed with themes of colonialism and violence in her award winning book, Half of a Yellow Sun? I do not think so.

How does the above relate to the Big Brother Naija show? Efe, the crowned winner, played the perfect script of a “street boy” who was born into a life of hot, sizzling romance with poverty. This plot, quickly settled well with Nigerians who could relate with his struggles. Nigerians went out of their way to ensure that, those who were “more privileged” in the house, did not get the better of the “poor boy”. The thing is, Efe is a first class graduate of economics from a reputable university in Nigeria. This is not a mean feat by any standard. Efe is not a dullard. He is quite intelligent. Efe had the option of playing the script of the quite intelligent fellow who graduated with a first class. He could have played the script of an all-knowing efiko of the House. He could have spoken Queen’s English throughout his stay in the house. But no, he did the exact opposite. He played the script majority of Nigerians could relate with. Whether Efe actually grew up in poverty or not, is not the issue here. The point is, he had the option of playing the script of another side of him – the intelligent, first class graduate. But he chose not to. He decided to highlight his “unpleasant life experiences”. And his strategy won him the prize.

As a writer, it is easy to write about a life of riches and splendour. But if you really want something that will stick with the readers, tell them gory tales of life in the shanties; of innocent babies murdered in their sleep; of little girls defiled by their fathers etc.

Be consistent. Stick to a genre
You know, there is something about muses for a writer. They come unannounced and they come in different shapes and sizes.  Today, you have an idea to write a historical fiction of the Biafra war; tomorrow, you have another idea to explore African sorcery. As much as it is encouraged to pen down all your muses, it is wiser to decide which of them you should put out there for the reader. James Hadley Chase and Mario Puzo are known for writing crime thrillers. John Grisham is acknowledged for his legal thrillers. J.K Rowlling is applauded for her fantasy works.

Going back to the Efe case, he was consistent with his “poor boy from the streets” strategy. Very consistent. That was why it was difficult for anyone to fault him or label him as fake. Contrasting him with Uriel, the viewers could easily tell Uriel was a Jekyll and Hyde character. She had a certain behaviour in the Diary Room which was different from the behaviour with her fellow House Mates. In no time, viewers tagged her as dramatic and fake, especially with the numerous accents pouring out at once. She was evicted the very first time she was nominated for eviction. Viewers could not stand her.

Applying the above to your writing craft, how would your readers describe your work? Are you a fantasy writer? A crime thriller writer? Legal thriller? Realistic fiction? Sci-fi? Horror? Mystery? Or an abominable combination of all?

Give your readers incentives to patronize your works
Did you ever wonder how the organisers of BBNaija were able to get people so interested in the show? To make them go all out to vote their preferred housemates? It was simply the use of incentives. These incentives varied from stirring up drama in the house (by giving housemates secret tasks), to making viewers a part of the show (by placing their comments on the screen, giving them the opportunity to send in questions for evicted housemates etc). They simply gave the viewers the entertainment they craved. The Organisers did not beg people to watch the show, just because. They gave you reasons to watch the show.

Applying this to a writer’s craft, what reason are you giving people to buy your book, or even, to read your latest work (even if for free)? One thing everyone detests is, having people solicit their patronage, just because. Imagine going to a mall and having a guy walk up to you with his mixtape and next thing he goes, “oga, abeg buy my CD. Help me”. Of course, you will be irritated. Same thing applies to the writing business. I usually do not take any writer who says, “please support my hustle; buy my book” seriously. Give me a reason to patronise you. If you have been writing consistently and I enjoy your style of writing, that is enough incentive for me to patronise your next work. For other people, you may have to be creative with your book marketing. How about giving branded items to people who buy your book? Autographing “limited copies” of your book? (you have no idea the extent to which readers would go to have an autographed copy of a book. Some need it just for bragging rights) etc. Be creative. Don’t beg for readers.

I had intended making this a list of 5, but seeing how much space it was consuming, I had to stop at 3. I hope to write the last 2 lessons some other time.

Beti Baiye: On Sexual Abuse – I Choose to Speak… Do You?