"I have never had an attraction for an actor... Most of them are like my brothers" - Bimbo Akintola 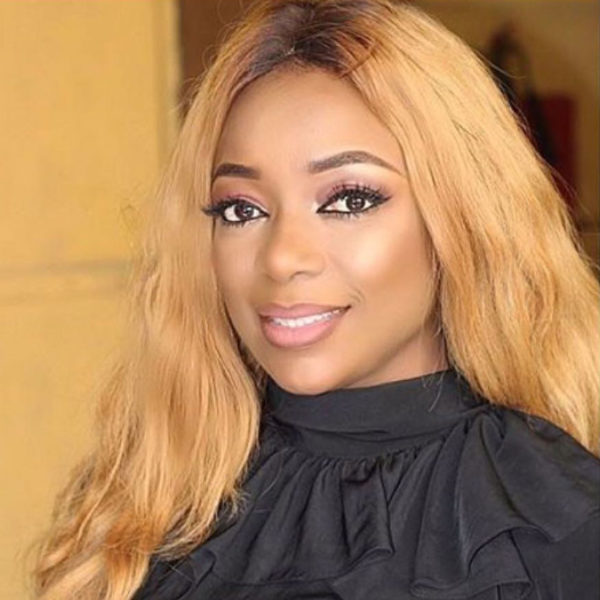 Veteran Nollywood Actress Bimbo Akintola, in an interview with PUNCH‘s Tunde Ajaja talked about her family, growing up, her career, and love life.

The actress, who was the lead character in 93 Days, a movie about the 2014 ebola outbreak, said that there is no actor or individual in the movie industry she is interested in dating, adding that she sees them as her brothers and colleagues.

She also dispelled rumours that she smokes, adding that the habit is not good for one’s health.

When asked about rumours that she’s in a relationship, she said she likes to keep certain things private.

How did your acting career begin?

My mum told me I had always been dramatic, since I was very young. So maybe it began from that time. She said one way or the other, I was always involved in acting. When I was in secondary school, I was also into dancing and at a point, I joined the choir, even though I didn’t stay long. I don’t think any profession would have appealed to me apart from acting. Even the other things I do, like singing, writing poems, etc., are hobbies. Acting is one thing I’m extremely passionate about. When I chose Theatre Arts as the course I wanted to study in University of Ibadan, my dad didn’t understand it for a while. He just felt you can’t make money from doing stuffs like that. He felt why not go and study something else so I could have a degree I could fall back on. I was a stubborn child, so I said no, I must study Theatre Arts and I did. He finally agreed with me.

What fond memories of growing up do you still have?

Growing up was fun. My mum got married at about 17, and at 18 she had her first child. As a young mother, she was a disciplinarian but loving. My dad was a Customs officer and he was posted to different places, so he only came home on weekends or fortnightly. Then, in the evening, we would sit outside in the balcony and my mum would tell us stories and teach us songs. And anytime she was cooking, everybody; male or female, would have to be in the kitchen with her. While cooking she would be singing and we had to join her as well. I was a tomboy and I liked to climb trees and jump fences. As a result, I always had bruises on my chin. My mum just couldn’t understand it so I was chastised every day. Over time, she couldn’t stop me from climbing trees, because I was a real tomboy. After a while, she got used to it.

Talking about living healthy; some people say you smoke. Are you considering dropping the habit, if truly you do?

If you are asking if I smoke, I don’t. It would interest you that people who say I smoke have never seen me smoking before, yet they say it with assurance. I don’t mind people talking about whether someone is smoking or not, but they must have evidence. You must have evidence to say certain things about people. If you ask me if I drink, I barely drink now. Smoking and some other habits people engage in are not good for the health. And I’m of the view that people who smoke should quit.

Some reports online even rank you as one of the top actresses who can’t do without smoking. Does it bother you sometimes?

I’m not bothered. Anybody can write whatever they like. And this has been happening for the last 20 years. I have read many stories about myself online that I don’t even know the person they are talking about. I’m not bothered because I know who I am; my parents know who I am; my family and friends know who I am and when people who don’t know me meet me and have a conversation with me, they change their mind. So, I’m okay with that. There was a time I was outside the country and some persons wrote that I was in Ogba doing something funny. I laughed deeply. And that was about 15 years ago. The truth of the matter is that people want to read weird, funny stories and unfortunately, there is a huge base for stories like that everywhere in the world. So, that is why stories like that would never end. So, I’m not bothered.

A lot has been said about your love life and some have said you should be married by now. Would you say the society is mounting pressure on you as regards marriage?

I guess these questions arise because of the country we live in and the kind of people we are. It’s also something I think we need to look at critically, because it seems we are creating more trouble for people, as marriages are now crashing within six months or even less. This is partly because the society puts a lot of pressure on people to get married. Shouldn’t we take a step backward and ask ourselves what we are doing wrong. It’s not about how soon, but how well? I think it’s time we realised that marriage is such a serious thing. Shouldn’t we allow people make their choices by themselves, without pressure? Parents should stop putting pressure on their children. Many women are divorced now and in some cases, there is serious fight and both of them would be fighting over the custody of the child. We need to start changing the way we look at marriage. It’s important we get married but marry at your own time.

You once said you love kids, and with the way people are embracing the option of child out of wedlock, popularly called baby mama, is it something you could do?

Of course, I can. Definitely I can do it because I don’t see anything wrong with it. Things are changing in the world at large. If you look around, you would find a lot of women are having babies and taking care of themselves. It’s everywhere. There are women who are not actors but are single mothers, and for a lot of people I think it’s about their biological clock. Instead of waiting for manna from heaven and you know there is no manna, and you feel the need to have children, then do it.

But the Yoruba culture makes it look like a woman is incomplete without a man. Does that not bother you?

We have to change our thinking, due to the time. You can’t be rooted in the past when the present and future are a totally different place. If you look at what is going on now, there are women looking for husband but can’t find. So would you now say because of that they shouldn’t have children? That’s unnecessary and it’s like making them suffer twice. I think for anybody that wants to have children, as long as you know you are capable of taking care of them financially and emotionally, why not.

Can you date an actor?

I’ve been in the entertainment industry for over 20 years, so there is nobody I want to date in the industry, except such persons have not come into the industry yet. I know everybody and there is nobody I’m interested in dating. That is the truth. Most of them are like my brothers, and maybe it’s because of the work, because when I’m working, those things don’t even occur to me, so by the time work is over, I already see you as a brother or colleague. For me, I have never been interested in any actor. Never!

If you work closely with someone for a length of time, are you saying you have never had feelings for any actor in the line of duty?

Never! It has never happened to me, personally. I don’t look at anyone except from the angle of the character the person is representing. I could talk with the person before or after, but at that point, you are probably entering the brother or friend zone. I’ve worked with the finest men in the industry and I have not felt anything like that before. I worked with RMD, and that was even when I had just started acting. I worked with Ramsey Nouah, Desmond Elliot, Emeka Ike, Kanayo O. Kanayo, Fred Amata, etc. they are all like my friends and brothers. Even the directors, like Jimi Odumosu, Lancelot Imasuen are like my brothers. So, for me, I have never had an attraction for an actor.

Some reports say you are in a relationship. Is it true?

I’m an actor and because of that people are curious about my life, but I like to keep certain things to myself.

The Nigerian Association of Christian Journalists has nominated you as one of the recipients of its Integrity Award. How did you receive the news?

It was a huge surprise; I wasn’t expecting it at all. For a lot of us who are in arts, we do what we do, hoping that we are touching lives. So, being given an award like that is just like people saying they see what you are doing and you are doing a great job. And once in a while, you need that, like a pat on the back, saying well done.