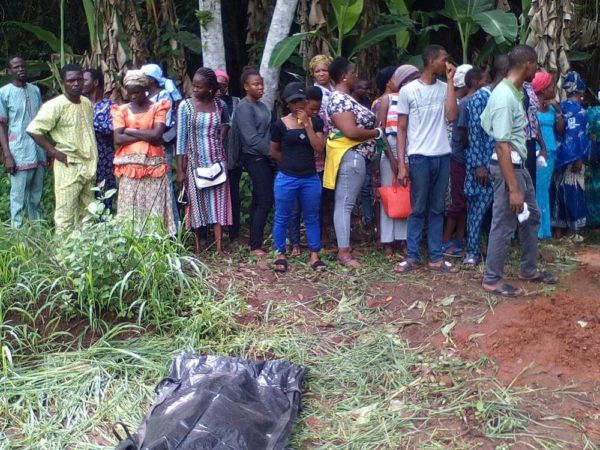 Kudirat Adebayo, a 50-year old petty trader at the Onipanu toll gate area of Lagos state, who was allegedly shot by a police officer attached to the Special Anti-Robbery Squad (SARS) has been buried.

She was buried on Tuesday after an autopsy was conducted on her corpse on Monday.

Kudirat was shot by one officer named Charles aka TBoy when he was chasing some conmen (Yahoo boys). Two other persons were hit during the shooting.

The family is still demanding justice as TBoy has not yet been arrested.

Police say it has arrested the alleged killer’s colleagues and has launched a manhunt for him. Twitter user @chydee, who has brought the tragic incident to the fore, also said that the police is yet release the full name of the officer.

Condolences to the family and we pray for strength for them at this time. #JusticeforKudi

Malabu: Shell Confesses to Knowing Dan Etete would Benefit from the $1.3bn Payment for OPL 245 following Revelation from Leaked Emails