A policeman stationed at Onipanu toll gate killed a mother who is said to be a trader at the location.

According to a twitter user @chydee, the officer fired his gun when a suspected yahoo boy tried to escape. A stray bullet killed her. Two others were also also hit by stray bullets.

An angry mob is looking for the officer that shot the woman who has been identified as Mama Ayo.

The officer has been identified as TBoy. 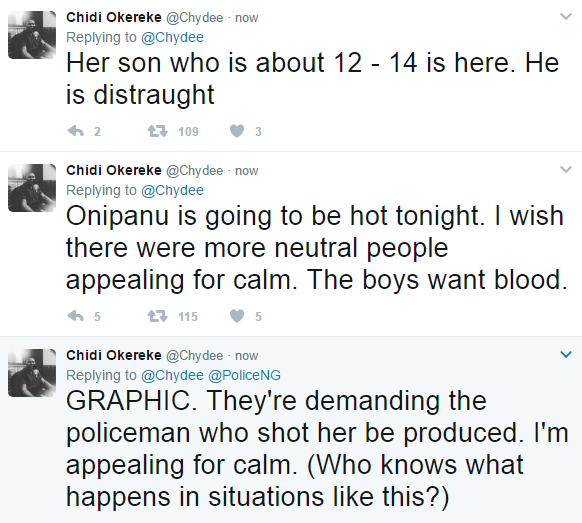 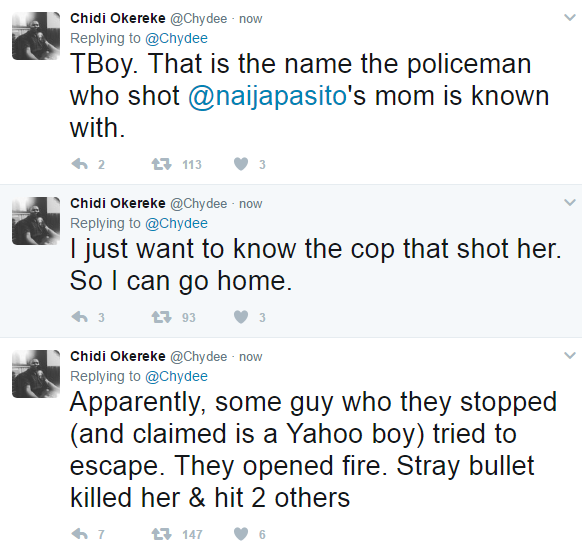