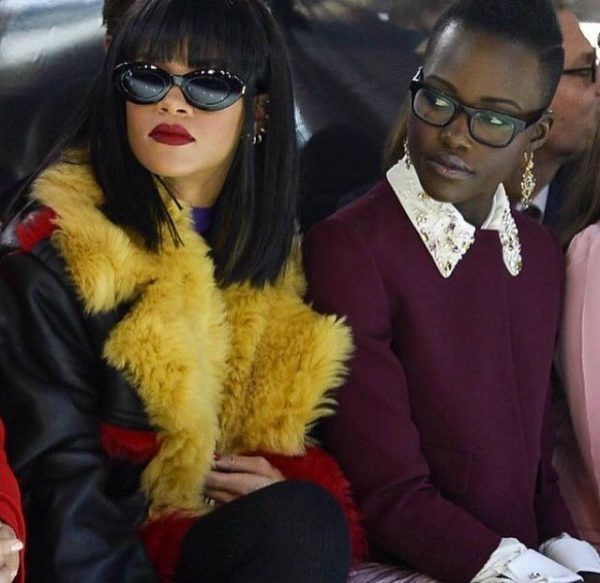 Fans of pop star Rihanna and Kenyan actress, Lupita Nyong’o are currently campaigning on Twitter for a movie involving both stars. The above photo taken at a 2014 fashion show went viral recently with one of comments reading:

That comment caught the eye of the Oscar winning Kenyan star and she tagged Rihanna to the comment saying, “I’m down if you are @rihanna”. Rihanna replied her saying “I’m in Pit’z” (Lupita’s nickname).

Another fan mentioned the idea to producer of “Insecure“, Issa Rae and she instantly replied with a meme indicating that she’s down for it: 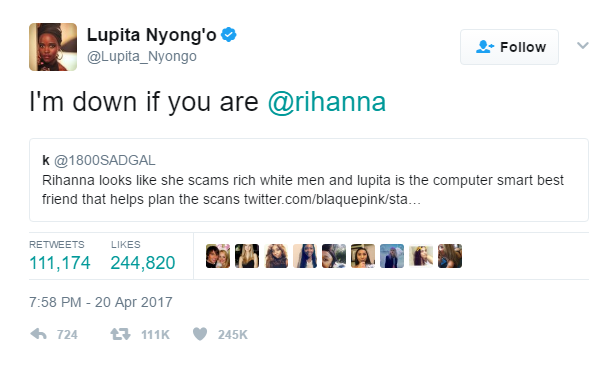 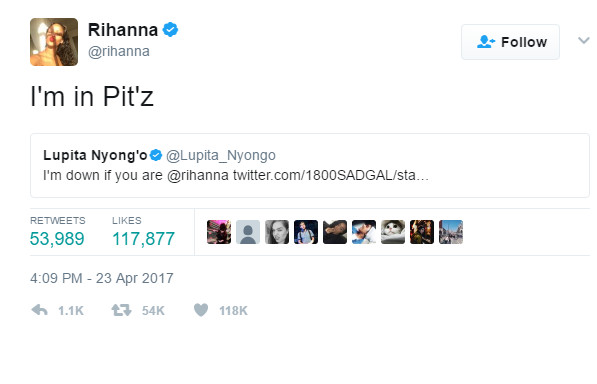 A Rihanna and Lupita collaboration would surely be something to look forward to. What do you think?