Meningitis Outbreak has Nothing to do with Sin - FG 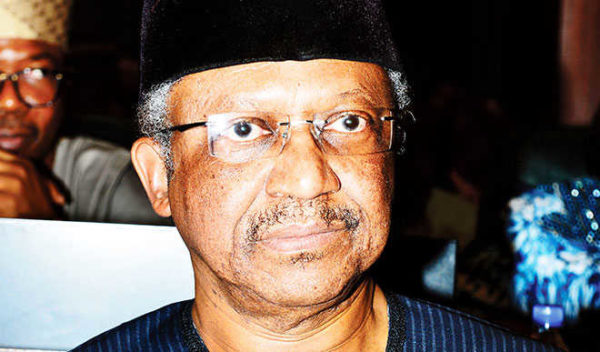 The Federal Government says the outbreak of “Type C’ form of Cerebro Spinal Meningitis (CSM) in some parts of the country has nothing to do with moral or spiritual lifestyles of Nigerians as being speculated in some quarters.

The Minister of State for Health, Dr Osagie Ehanire said this to State House correspondents on Wednesday in Abuja at the end of the Federal Executive Council meeting, which was presided over by President Muhammadu Buhari.

Governor Abdulaziz Yari of Zamfara was on Tuesday quoted as saying that the outbreak of meningitis ‘C’ occurred because of fornication and other sins being committed by Nigerians.

However, Ehanire said that the outbreak of the virus had nothing to do with the lifestyles of Nigerians.

According to him, nature only played “a fast one’’ in the affected states.

“The federal government does not have views of that nature‎ and I am not sure the state government can really continue to make that statement.When things happen, yes you can begin to look this way and that way for the cause of it.

“But like I said nature played us an unfortunate stroke but that is not to say we committed sin or anything.”

“It does happen that things occur out of the blues,’’ he said.

The minister noted that there had been a very robust response from his ministry and the affected state governments along with the Nigerian Centre for Disease Control (NCDC), Nigeria Primary Health Care Development Agencies, World Health Organisation, UNICEF and other partners.

He, therefore, allayed the fears of Nigerians about the ministry’s response to the outbreak of the virus, adding that already 500,000 doses of vaccines were being distributed to the affected states.

“Government is also getting 826,000 units which are being shipped‎ from Europe to us within the next few days.

“The most affected states have been Zamfara, Sokoto and Katsina and together they have about 85 percent of the cases.

“There have been 336 fatalities of which 141 have been confirmed by laboratory tests,’’ said the minister.

He announced that two treatment centres were being set up in every local government and lumber puncture kits had also been distributed so that doctors could take samples to a laboratory for testing.