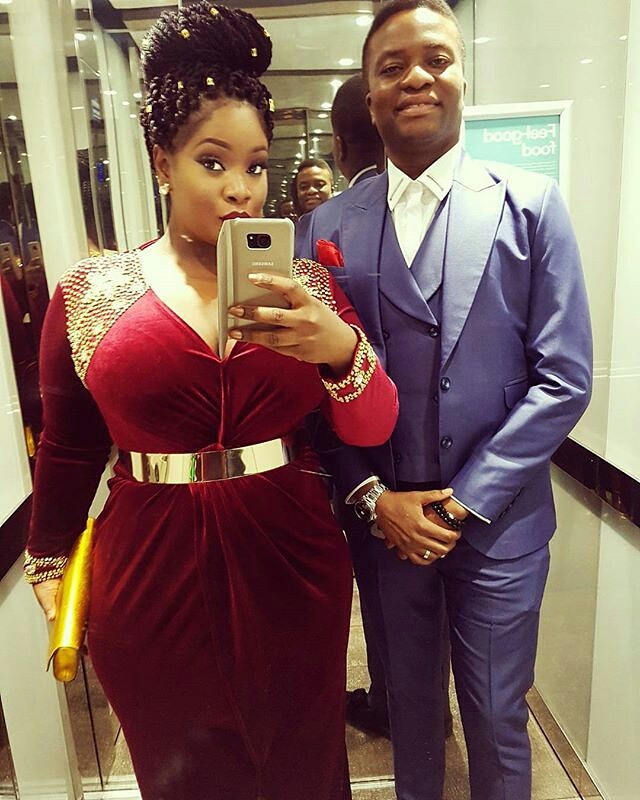 OAP/Media Mogul, Tolu Oniru-Demuren popularly known as Toolz shared some photos of her stay in London with her husband Captain Tunde Demuren and a troll in the comment section went after her for not having given birth to a child. He said:

Toolz immediately replied him telling him to leave her womb alone.

See her reply and other comments below: 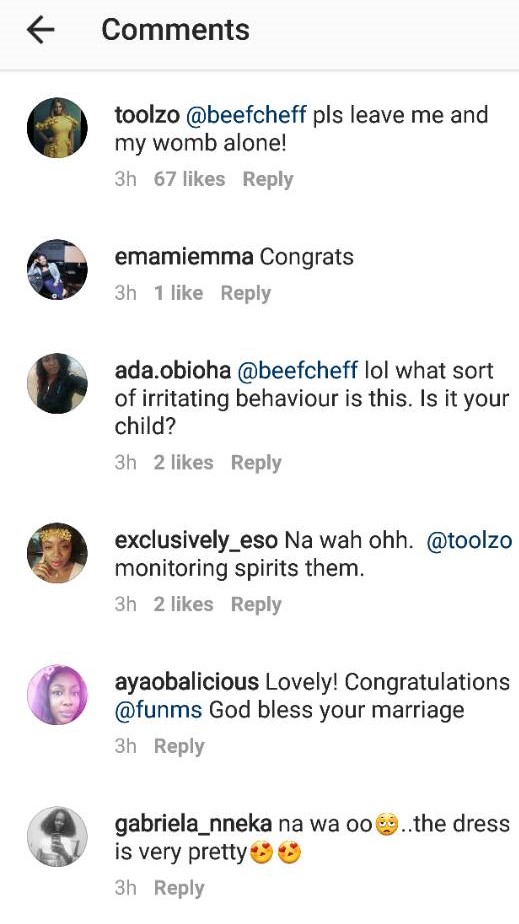 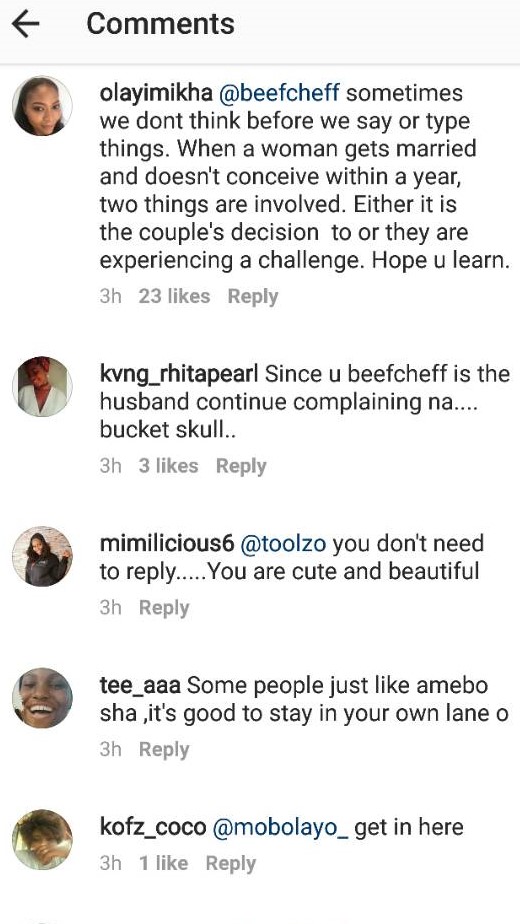 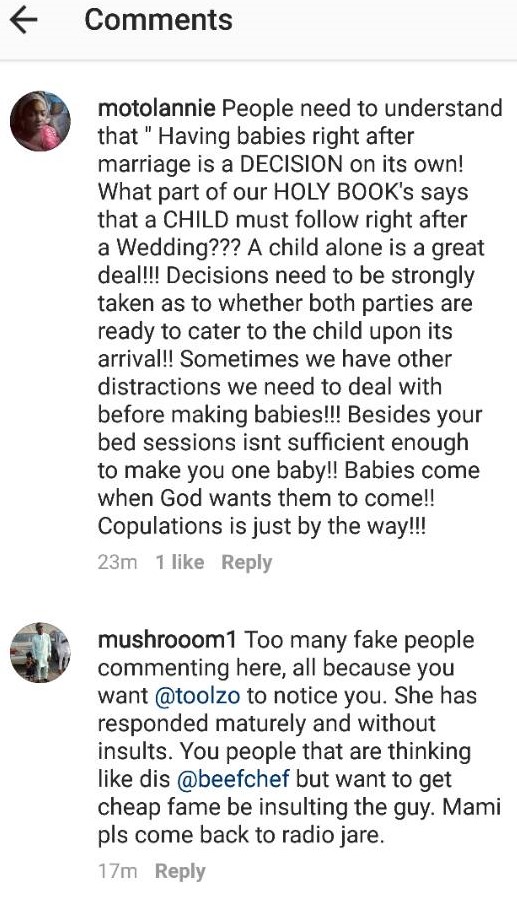 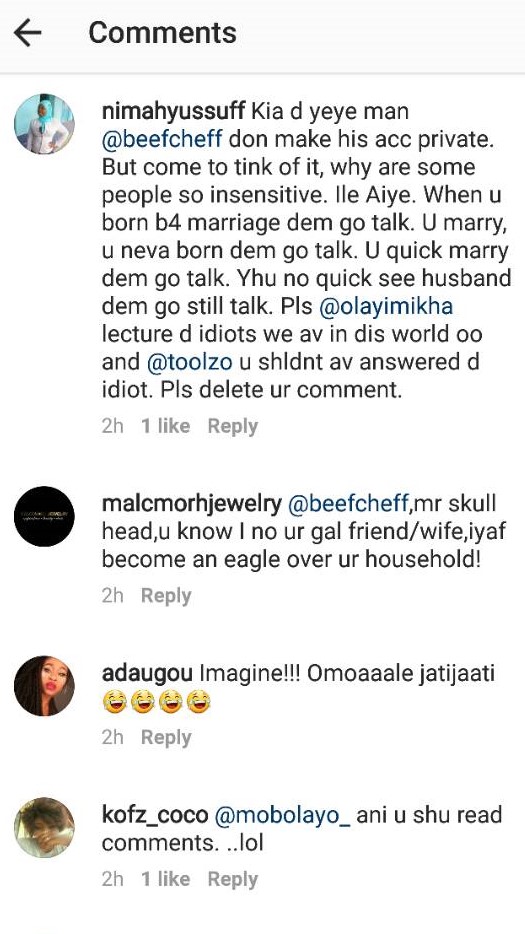 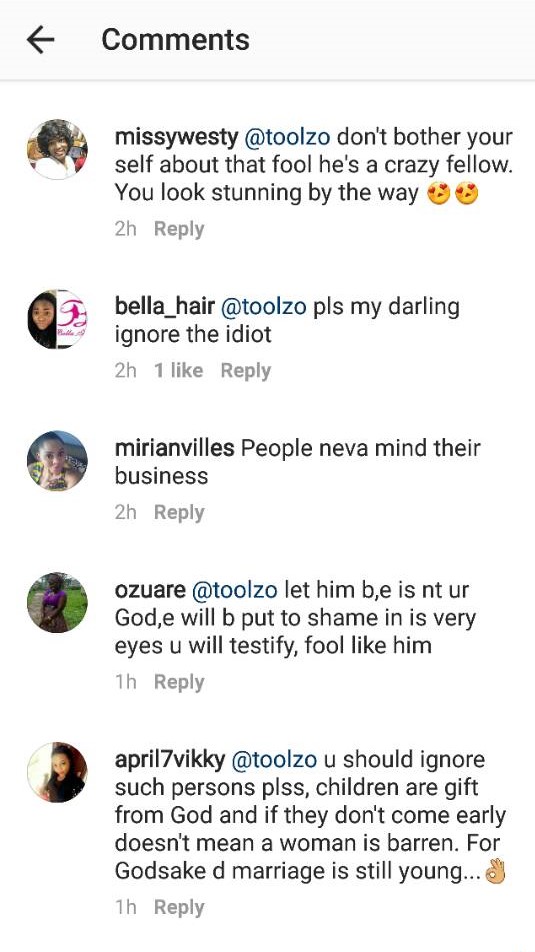