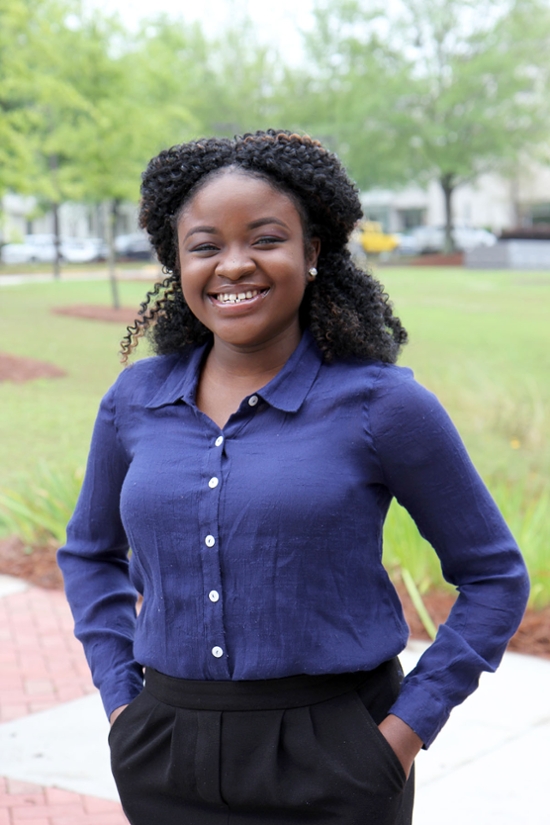 According to the university, the award is presented to the graduating student with the highest grade point average in each of VSU’s five colleges – College of Arts and Sciences, College of the Arts, College of Nursing and Health Sciences, Harley Langdale Jr. College of Business Administration, and James L. and Dorothy H. Dewar College of Education and Human Services.

“I am highly honored to be considered for this award. This honor is evidence that hard work pays. I am elated.”

Ndidi’s success didn’t just start. During her time as a student at VSU, Diane regularly achieved Dean’s List status. She also served as a university ambassador, a WileyPLUS student partner, and earned a spot in the Beta Gamma Sigma Business Honors Society and the Mu Zeta chapter of Beta Alpha Psi Accounting and Finance Honors Society, where she served as treasurer.

She had also served as Vice President and treasurer in the Society of International Students.

The university’s Chairman, Academic Honours and Awards Committee, Abigail Heuss, in a letter addressed to her, said:

Only those few students who best exemplify the traditions of the university, the character, dignity, and charm associated with the memory of Annie P. Hopper, and who have achieved highest levels of academic excellence, are considered.

I am happy to report that out of our finalists, you have been chosen as this year’s Annie Power Hopper Award winner, recognised by faculty from across Valdotsa State University as embodying the very best that the university seeks to cultivate in its students. On behalf of the rest of the committee, I congratulate you on this important achievement and look forward to seeing you at this year’s Honours Night dinner.

Diane says she aims to work as a financial analyst and hopes to pursue a Masters Degree in Business Administration.

“My ultimate goal is to be a leader in business. The Harley Langdale Jr. College of Business Administration has been instrumental in helping me prepare to achieve this goal,” she said.