Winners have emerged from the PZ Cussons Chemistry Challenge, an initiative of PZ Cussons Foundation. The science competition themed Be A Winner, produced Ogunmola Dara, an SS II Student of New Hall International School, Lekki as the overall winner. Dara pulled a total of 90% in practical and quiz sessions at the grand finale that was sponsored by two leading PZ brands, Nunu Milk and Premier Cool Soap in Lagos.

For his outstanding performance, Dara was rewarded with N700,000 cash, a laptop, a trophy and gold medal, while his Chemistry teacher, Adeoye Raphael, won N100,000 and a plaque and the school got N100,000 worth of laboratory equipment. 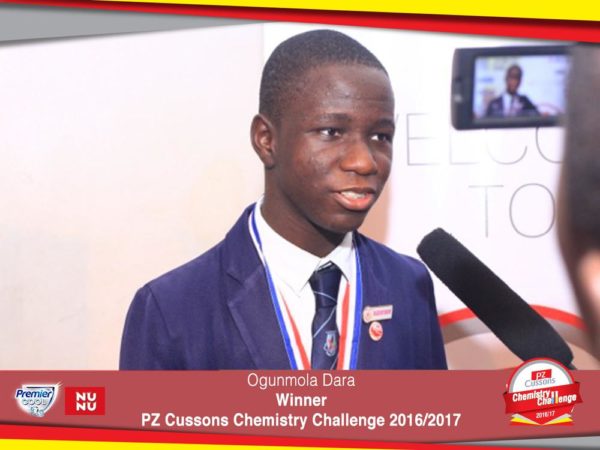 Oyelamin Samuel of Tomia Community Senior Secondary School, Alagbado, who scored a total of 88.50 per cent, emerged first runner up and was presented with a cheque of N450, 000, a laptop and silver medal. 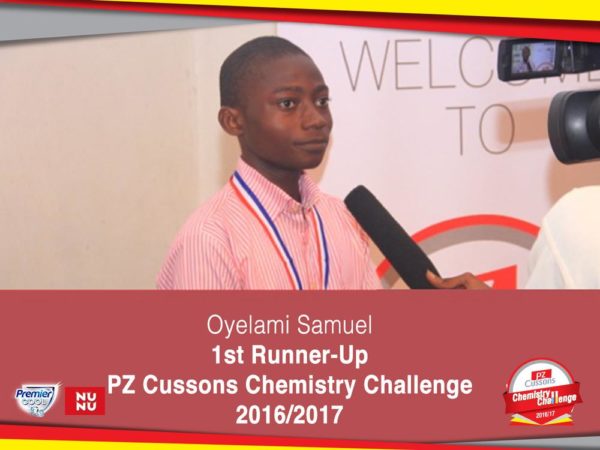 His Chemistry teacher, Bowale Oludare went home with N80, 000 cash and a plaque, while the school got N80,000 worth of laboratory equipment.

With a cumulative score of 88 percent, Anyika Justine of Federal Government College, Ijanikin finished second runner-up and got N350,000 cash prize, a laptop and bronze medal. 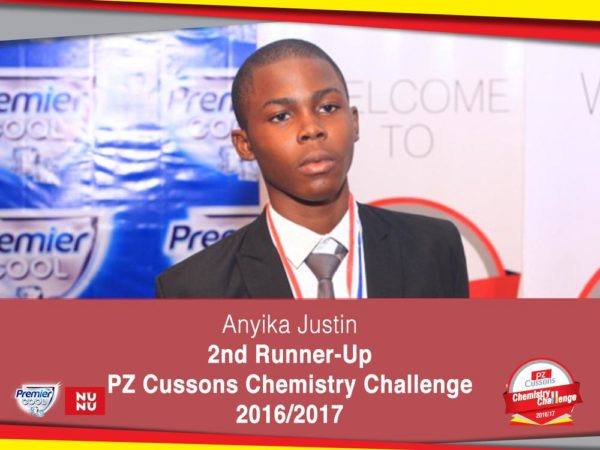 Third runner-up, Adepoju Adewale of Fountain Height School, pulled a total of 80.40 percent and had a cash prize of N250, 000, a laptop and a consolation medal, while his Chemistry teacher, got N60,000 and a plaque. Adewale’s school had N60,000 worth of laboratory equipment. 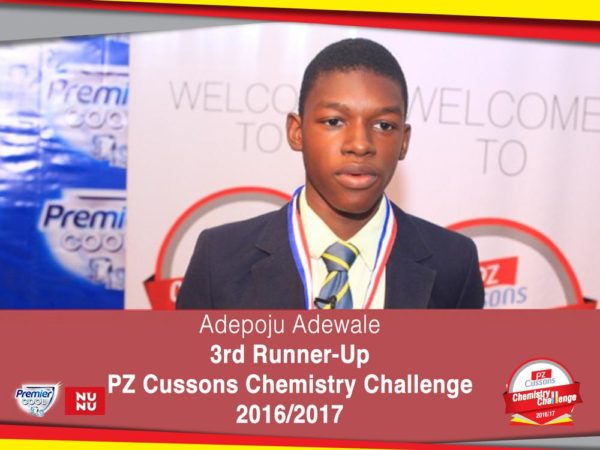 Management of PZ Cussons Nigeria in its magnanimity decided to reward the 5th and 6th position with a cash prize of N100,000 and N50,000 and packs of Nunu respectively.

The winner, Dara expressed gratitude to the organizers of the challenge, saying, ‘the chemistry challenge has not only challenged my brain, it has also built a lasting experience that I will never forget in life’.

He added that other corporate organizations and state governments in Nigeria should emulate the idea behind the partnership between Lagos State government and PZ Cussons in building a lasting legacy for the younger generation.

Launched in 2007, PZ Cussons Nigeria Foundation has been helping Nigerian communities by supporting projects in the areas of education, potable water, health and empowerment. The Foundation has completed over 58 projects in different parts of the country.

#LN50Years: Join Us as We Celebrate Lagos and Explore the City’s Art, Style, Culture, Food & Music; Now and the Next Fifty Years | Thursday, May 18th