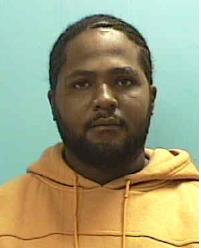 One Willie Corey, 35 of Bogue Chitto has been arrested over the death of 8 persons, including a deputy Sheriff, the Mississippi Bureau of Investigation (MBI) has said.

According to CNN, the killing spree started at about 11.30PM on Saturday after a domestic call to Lee Drive, and the suspect was arrested just before 7AM (Sunday) at the Super Jackson’s at East Lincoln Road and Highway 84.

Authorities found the bodies of three females and the deputy at that location.

At a second crime scene in the 1600 block Coopertown Road in Brookhaven, the bodies of two juvenile males were found.

Authorities found a man and a woman dead at the 300 block of East Lincoln Road in Brookhaven.

Speaking to journalists as he was being arrested, Corey said he had gone to a residence to talk with people there about taking his children home.

“Somebody called the officer. People that didn’t even live at the house. That’s what they do. They intervene. It cost him his life. I’m sorry. My pain wasn’t designed for him. He (officer) was just there.”

When he was asked what the future holds for him, he said “Death.”

“Suicide by cop was my intention. I ain’t fit to live. Not after what I’ve done,” he said.

Biafra will be Achieved in Months – Nnamdi Kanu | WATCH