Brad Pitt Talks Divorce, Being a Better Man, Quitting Drinking & More as He Covers the May Issue of GQ Style Magazine 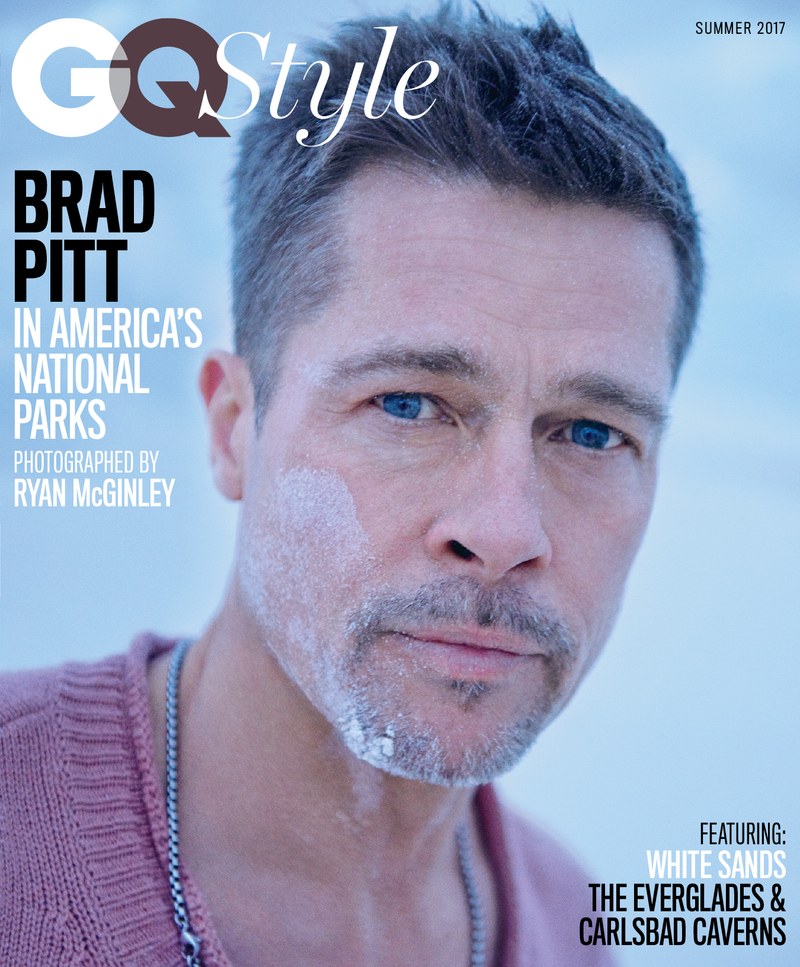 Brad Pitt is the first to acknowledge that it’s been chaos these past six months, during what he calls a “weird” time as he sat with GQ Style‘s Michael Paterniti.

The ‘Troy’ star entertained GQ Style at his old Craftsman home in Hollywood Hills, where he has lived since 1994. Although, he owns other properties, including a château in France, New Orleans and New York City—but this has always been his kids’ “childhood home,” he says. And even though they’re not there now, he’s decided it’s important that he is.

The 53-year-old was asked what gives him the most comfort these days and he said, “I get up every morning and I make a fire. When I go to bed, I make a fire, just because—it makes me feel life. I just feel life in this house.” 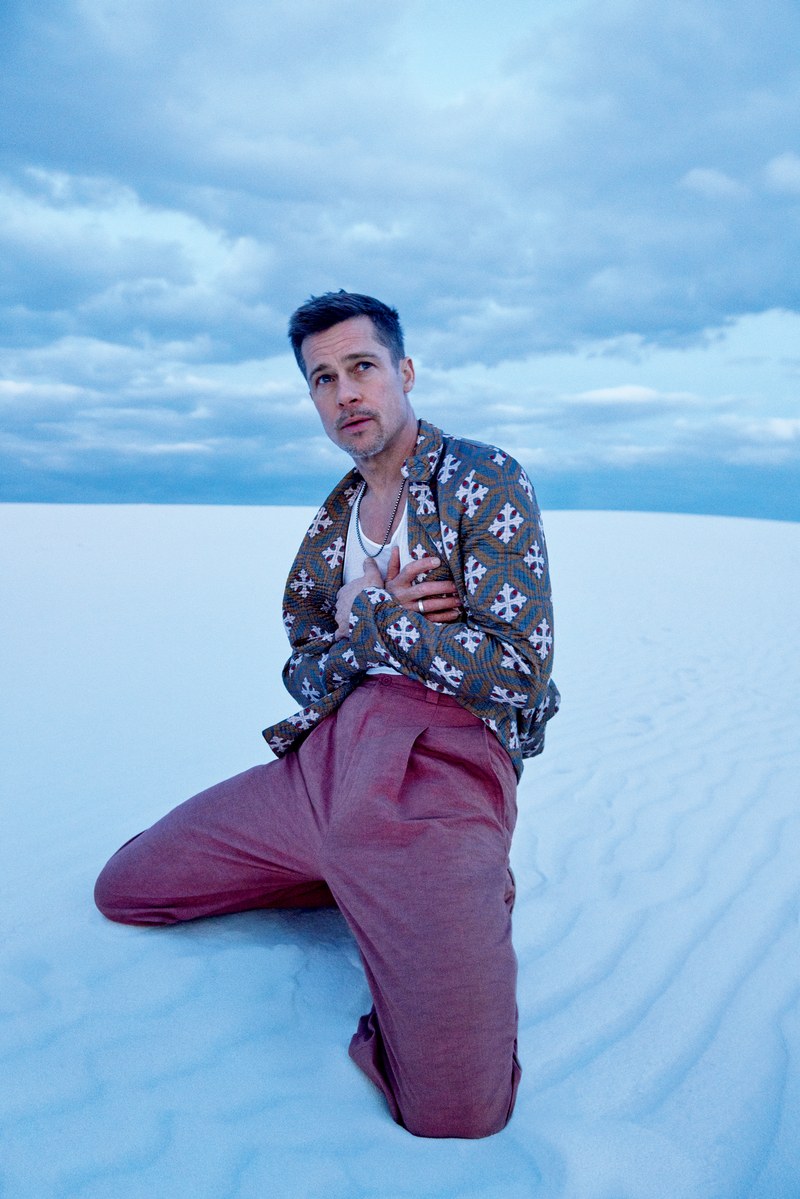 Read Excerpts from his interview:

Let’s go back to the start. What was it like growing up where you grew up?

Well, it was Springfield, Missouri, which is a big place now, but we grew up surrounded by cornfields—which is weird because we always had canned vegetables. I never could figure that one out! Anyway, ten minutes outside of town, you start getting into forests and rivers and the Ozark Mountains. Stunning country.

So acting came out of what you saw in these revival meetings?

Well, people act out. But as a kid, I was certainly drawn to stories—beyond the stories that we were living and knew, stories with different points of view. And I found those stories in film, especially. Different cultures and lives so foreign to mine. I think that was one of the draws that propelled me into film. I didn’t know how to articulate stories. I’m certainly not a good orator, sitting here telling a story, but I could foster them in film.

I remember going to a few concerts, even though we were told rock shows are the Devil, basically. Our parents let us go, they weren’t neo about it. But I realized that the reverie and the joy and exuberance, even the aggression, I was feeling at the rock show was the same thing at the revival. One is Jimmy Swaggart and one is Jerry Lee Lewis, you know? One’s God and one’s Devil. But it’s the same thing. It felt like we were being manipulated. What was clear to me was “You don’t know what you’re talking about—” 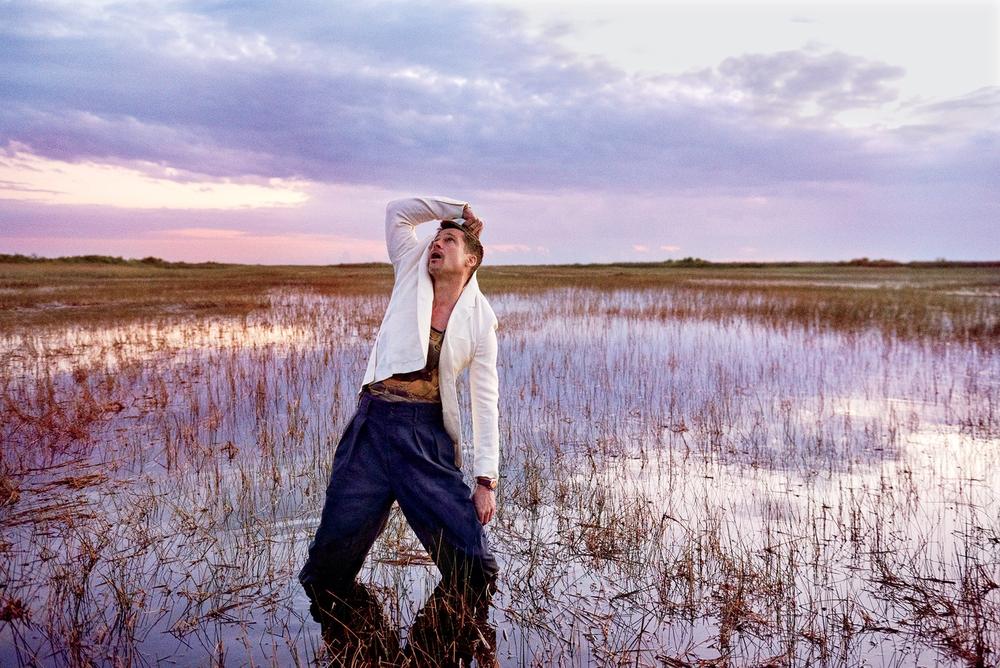 Was it hard to stop smoking pot?

No. Back in my stoner days, I wanted to smoke a joint with Jack and Snoop and Willie. You know, when you’re a stoner, you get these really stupid ideas. Well, I don’t want to indict the others, but I haven’t made it to Willie yet.

I’m sure he’s out there on a bus somewhere waiting for you. How about alcohol—you don’t miss it?

I mean, we have a winery. I enjoy wine very, very much, but I just ran it to the ground. I had to step away for a minute. And truthfully I could drink a Russian under the table with his own vodka. I was a professional. I was good. 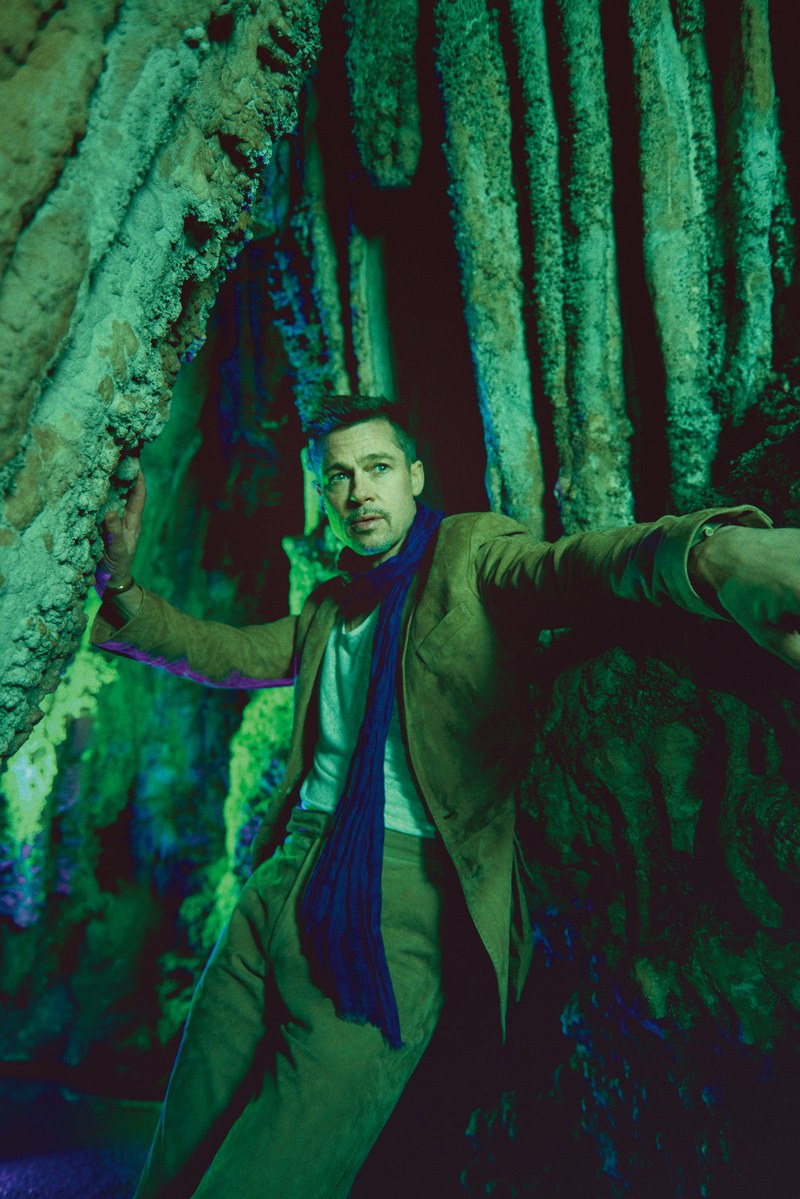 So how do you just drop it like that?

What do you replace it with?

Cranberry juice and fizzy water. I’ve got the cleanest urinary tract in all of L.A., I guarantee you! But the terrible thing is I tend to run things into the ground. That’s why I’ve got to make something so calamitous. I’ve got to run it off a cliff.

Do you think that’s a thing?

I do it with everything, yeah. I exhaust it, and then I walk away. I’ve always looked at things in seasons, compartmentalized them, I guess, seasons or semesters or tenures or…

Really? So, this is the season of me getting my drink on.…

[laughs] Yeah, it’s that stupid. “This is my Sid and Nancy season.” I remember that one when I first got out to L.A. It got titled afterwards.

So then, you stop yourself, but how do you—I don’t know why this comes to mind but I think of a house—how do you renovate yourself?

Yeah, you start by removing all the decor and decorations, I think. You get down to the structure. Wow, we are in some big metaphor here now.… [laughs]

Can you describe where you’ve been living—like, have you been in this house since September?

It was too sad to be here at first, so I went and stayed on a friend’s floor, a little bungalow in Santa Monica. I crashed over here a little bit, my friend [David] Fincher lives right here. He’s always going to have an open door for me, and I was doing a lot of stuff on the Westside, so I stayed at my friend’s house on the floor for a month and a half—until I was out there one morning, 5:30, and this surveillance van pulls up. They don’t know that I’m up behind a wall, and they pull up—and it’s a long story—but it was something more than TMZ, because they got into my friend’s computer. The stuff they can do these days…. So I got a little paranoid being there. I decided I had to pick up and come here. 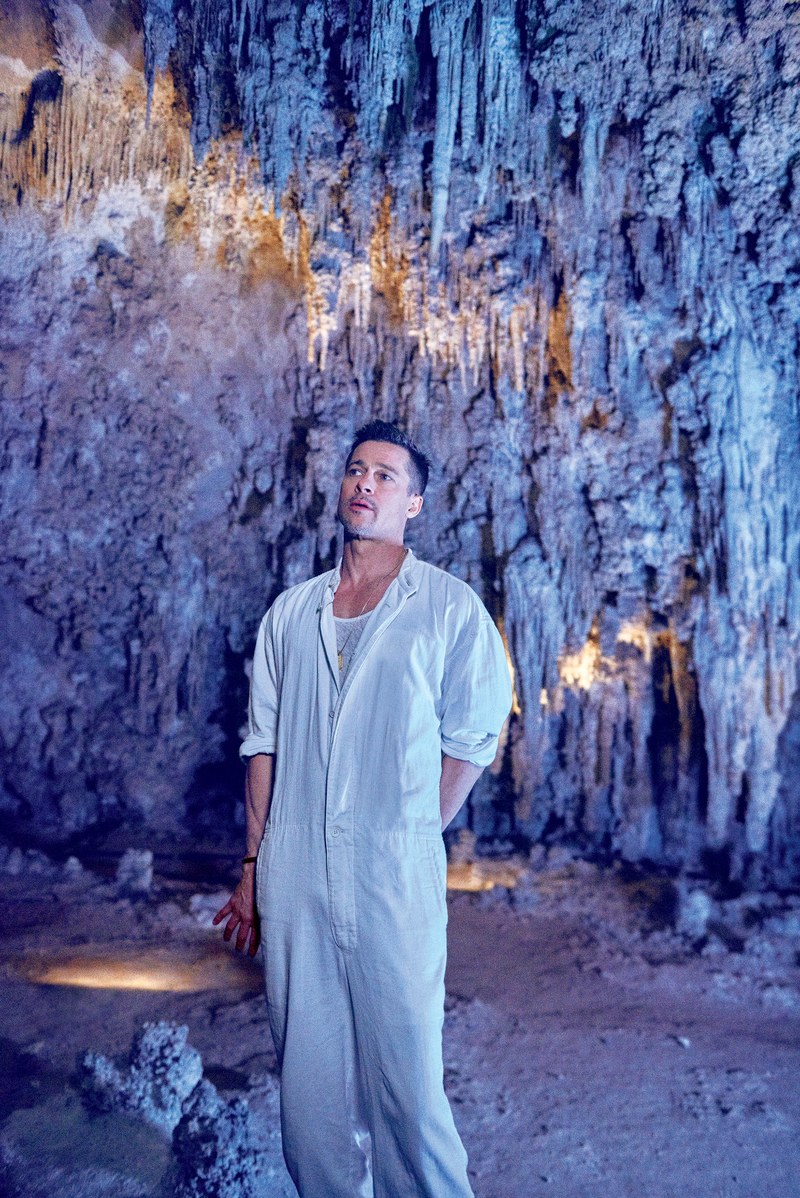 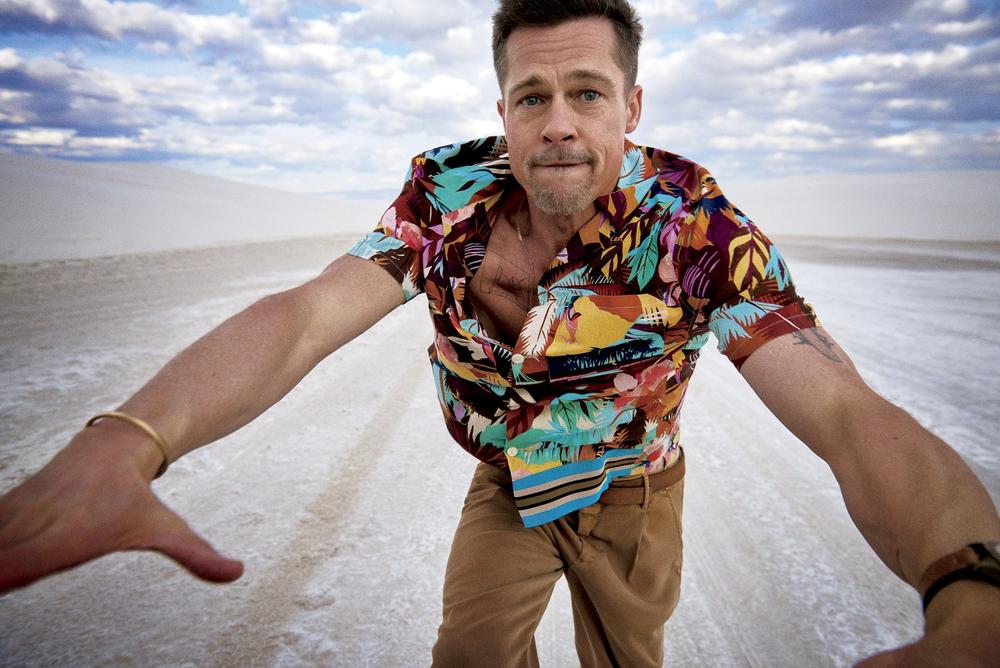 How do you make sense of the past six months and keep going?

Family first. People on their deathbeds don’t talk about what they obtained or were awarded. They talk about their loved ones or their regrets—that seems to be the menu. I say that as someone who’s let the work take me away. Kids are so delicate. They absorb everything. They need to have their hand held and things explained. They need to be listened to. When I get in that busy work mode, I’m not hearing. I want to be better at that.

When you begin making a family, I think you hope to create another family that is some ideal mix of the best of what you had and what you feel you didn’t have—

It’s a different world, too. We know more, we’re more focused on psychology. I come from a place where, you know, it’s strength if we get a bruise or cut or ailment we don’t discuss it, we just deal with it. We just go on. The downside of that is it’s the same with our emotion. I’m personally very retarded when it comes to taking inventory of my emotions. I’m much better at covering up. I grew up with a Father-knows-best/war mentality—the father is all-powerful, super strong—instead of really knowing the man and his own self-doubt and struggles. And it’s hit me smack in the face with our divorce: I gotta be more. I gotta be more for them. I have to show them. And I haven’t been great at it. 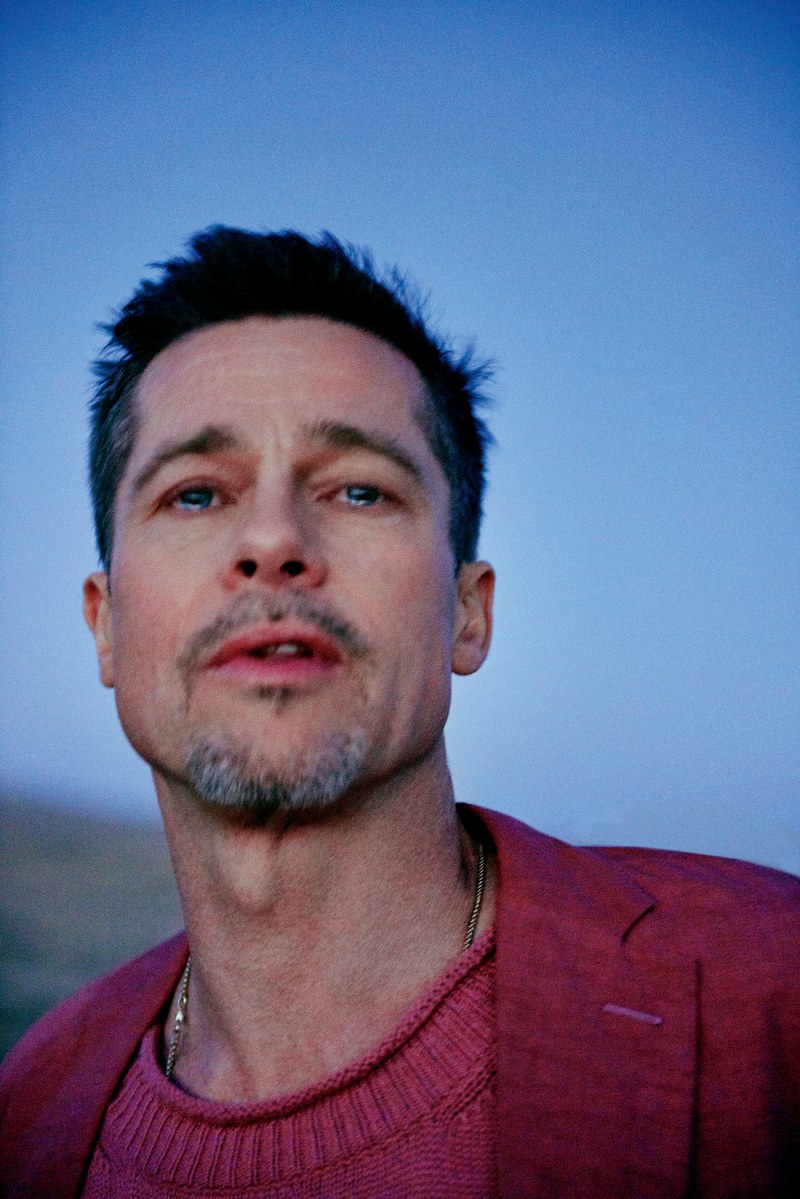 Do you know, specifically, logistically when you have the kids?

Yeah. We’re working at that now.

It must be much harder when visitation is uncertain—

It was all that for a while. I was really on my back and chained to a system when Child Services was called. And you know, after that, we’ve been able to work together to sort this out. We’re both doing our best. I heard one lawyer say, “No one wins in court—it’s just a matter of who gets hurt worse.” And it seems to be true, you spend a year just focused on building a case to prove your point and why you’re right and why they’re wrong, and it’s just an investment in vitriolic hatred. I just refuse. And fortunately my partner in this agrees. It’s just very, very jarring for the kids, to suddenly have their family ripped apart.

That’s what I was going to ask—

If anyone can make sense of it, we have to with great care and delicacy, building everything around that.

How do you tell your kids? 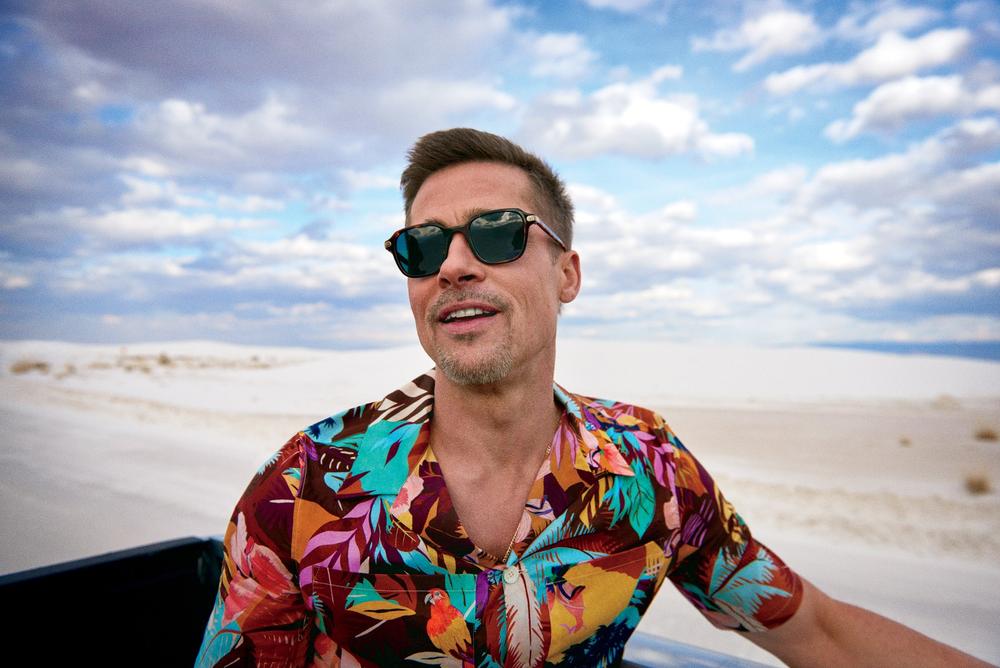 Do you see yourself as having been successful?

I wish I could just change my name.

Come out as a new person?

Like P. Diddy. I can be Puffy now or—what is Snoop? Lion? I just felt like Brad was a misnomer, and now I just feel like fucking Brad.

What other name would you have put on yourself?

Nothing. When outside success comes, the thing I’ve enjoyed the most is when there’s a personal discovery in it. But when I find it repetitious or painfully boring, it’s absolute death to me. 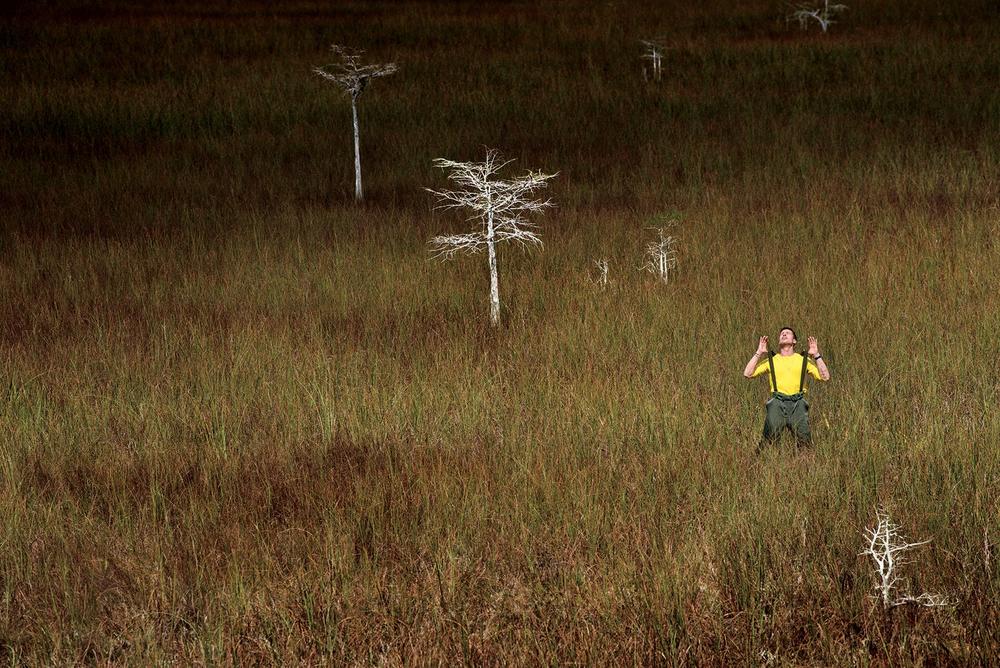 So what’s on the agenda later?

I’m anxious to get to the studio. I think it was Picasso who talked about the moment of looking at the subject, and paint hitting canvas, and that is where art happens. For me I’m having a moment of getting to feel emotion at my fingertips. But to get that emotion to clay—I just haven’t cracked the surface. And I don’t know what’s coming. Right now I know the manual labor is good for me, getting to know the expansiveness and limitations of the materials. I’ve got to start from the bottom, I’ve got to sweep my floor, I’ve got to wrap up my shit at night, you know?

A metaphor again. But it works.

Right now I’ve got to hammer my own nails.