Car Dealers and Customs Clash in Kaduna over Import Duty 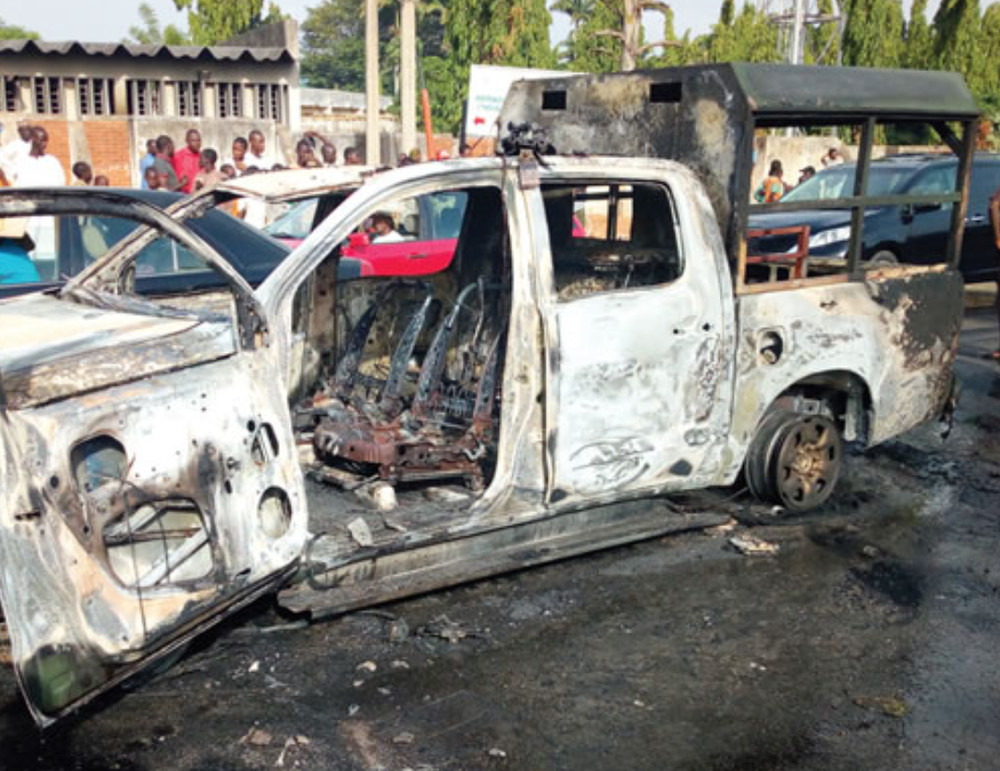 The Nigerian Customs Service (NCS) has confirmed the report that one of it’s patrol vans was set ablaze by some angry car dealers in Kaduna over import duty.

The incident took place along the Rabah Road, in Kaduna North Local Government, occurred at about 3PM when Customs officials had gone on patrol to impound vehicles without import duties from car dealers in the city.

Speaking to PUNCH, an eyewitness said:

The Customs officials had gone to Issa Kaita Road to impound vehicles without import duties from an auto mart. They succeeded in impounding four of the vehicles but came back to tow the remaining two.

As they took the remaining two, the car dealers mobilised and gave them a hot chase. Luck ran against the Customs’ driver as the dealers caught up with him, dragged him down and set the patrol vehicle on fire.

The spokesman for the Nigerian Customs Headquarters, Abuja, Joseph Attah, said that the owner of the seized vehicles is in their custody.

Officers of the Kaduna State Security outfit named “Operation Yaki” prevented a further breakdown of law and order, while the state’s fire service out of the fire.

Ubi Franklin Launches Start-up Fund | Find out how to Get N500,000 for your Business