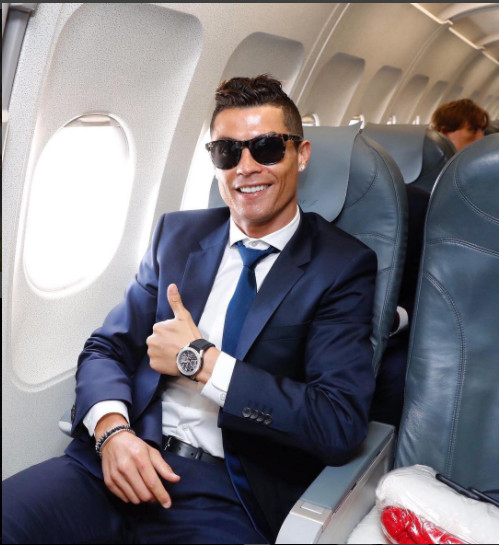 Cristiano Ronaldo has set a landmark online by becoming the first sports star to reach 100 million followers on Instagram.

The Portugal captain was Real Madrid‘s hero on Tuesday night as his hat-trick saw off rivals Atletico Madrid in the Champions League semi-final.

He is only trailing pop stars Selena Gomez, Ariana Grande, Taylor Swift and Beyonce who are all females.

At the time of writing, Ronaldo has made 1,786 posts, which means roughly 55,000 new followers for each one he makes.

According to a recent study by Forbes, footballers dominate the top-followed athletes on Instagram, with Neymar and Messi next on the list and only NBA star LeBron James from monopolizing the top 10.