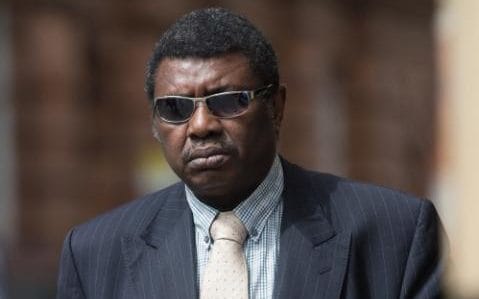 The UK Medical Practitioners Tribunal Service has struck off a doctor Lawal Haruna for performing 3 botched operations that have been described as “Never events”.

In March 2015, Lawal mistakenly removed a patient’s Fallopian tube and ovary during an operation to remove her appendix.

The patient, identified as “Patient B” was not of child bearing age as at the time of the incident.

In 2013, Lawal mistakenly removed a pad of fat from a man identified as “Patient A”, who had acute appendicitis.

Patient A was in pain for a month after Lawal’s operation, and had to undergo a further operation to remove his appendix.

Lawal also removed a skin tag from a third patient who had been admitted with a cyst.

According to UK Telegraph, Lawal, who says he has 25 years’ experience, dismissed the incidents as “trifling errors” and said the appendix and Fallopian tubes were similar “worm-like structures which lie in a similar area.”

Lawal was working for the Sheffield Teaching Hospitals Trust, which oversees six hospitals, during the time of the incidents – between 2013 and 2015.

The surgeon, who represented himself, told the Manchester hearing, that he had been suffering from “poor vision” at the time and claimed it would be “harsh” to strike him off.

“I want to apologise to all the patients. I didn’t experience operative difficulties, in removing whatever I removed. Everything had gone along fine and it was not difficult to remove. It was only later I realised it was not the appropriate part. The operation itself, the technicality, was fine but the wrong specimen was removed. I have performed hundreds of appendectomies. This was due to lapse of judgment,” he said.