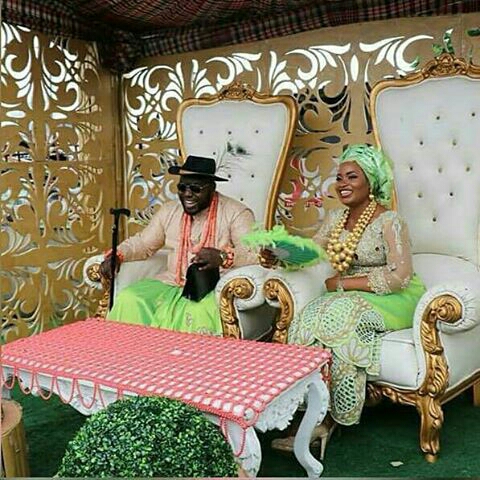 Instagram users @ebiluvly and @bigsholz have shared how they met in July 2016 when the man (@bigsholz) arrived her pickup location as the Uber driver she requested for.

Fast forward to 2017 May 2017, the duo are married. They shared the cute story on their Instagram pages. 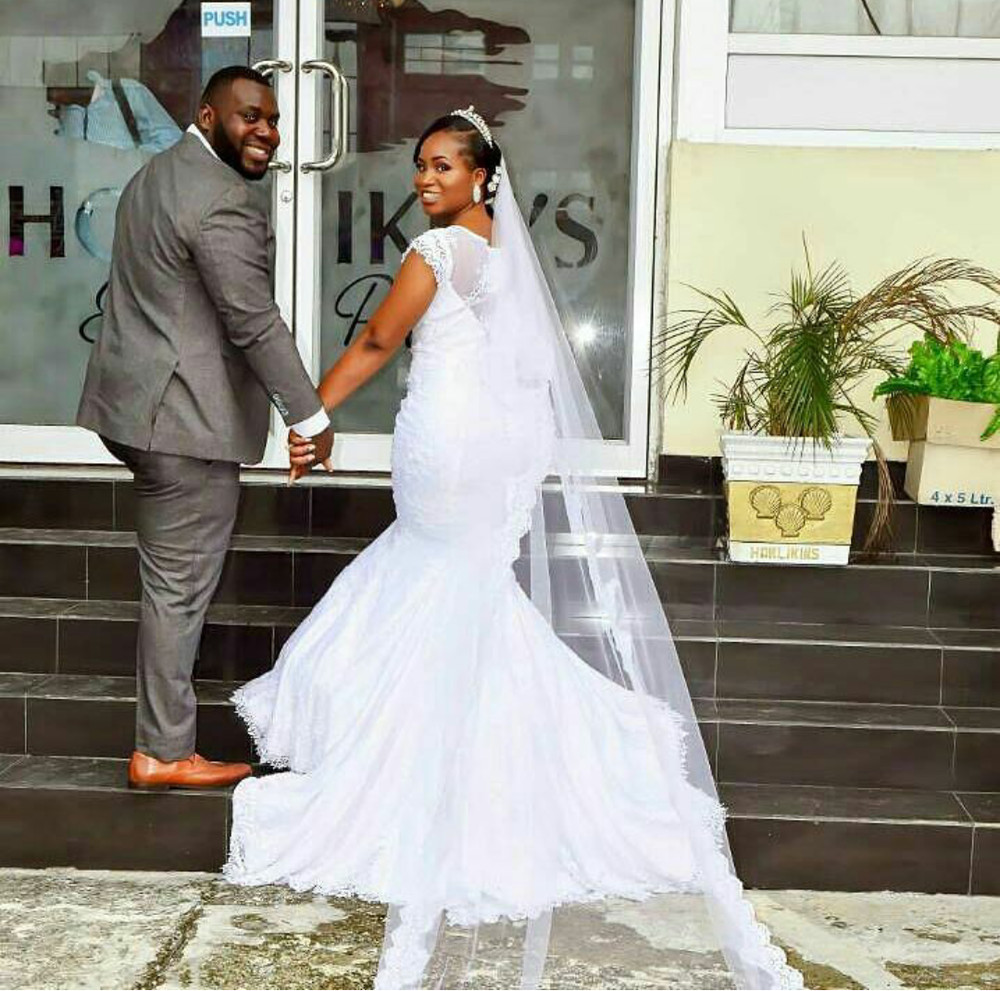 On the 19th of July, 2016 after a very hectic time at a Client’s office, I ordered for an Uber ride somewhere around Bourdilion Road, Ikoyi, Lagos. Then one ‘Gregory Shola – @bigsholz ’ picked up my request and called to get exact description to where I was. I described it to him and asked to let me know when he arrives. On getting to me, he said ‘goodevening Maam’, he got out of the car, took my bag, asked where I wanted to sit and opened the door for me. He was like “hope you’re okay Ma?” then I just cut in, “if you call me Ma again I will call you Sir”….lol.

Shortly after, I got a call from my Bestest Nonso and we spoke for a while as there seemed to be a very long traffic that day. At the end of the conversation she told me Afam our friend got us Ribs of fire (barbeque pork ribs) with fries. I was so excited I was singing ‘Afam is the best’…my favorite meal from Aberdeen, Scotland, UK. Then I got off the call with a better countenance than I got in the car.

Then Shola cut in saying, ‘sorry to eavesdrop into your conversation but did you say you found ribs of fire in Lagos?’ I said ‘yes’. He had this big grin on his face then said it was one of his favorite meal in Manchester, UK. Then I looked at him like, “You’ve been to the UK?” he said YES! Did a Masters in Petroleum and Gas Engineering and graduated with Distinction. I was in shock and he said you don’t believe, here is my certificate. He’s got his documents scanned on phone. So I was like why are you driving Uber then? He said well job is not forth coming and Uber provided him an Entrepreneurship platform so he grabbed it. But that day in particular, his driver lost his dad and he said rather than the car just being at home doing nothing he decided to drive. I was thrilled and we got talking on and on about life in the UK and Lagos and his aspirations. Then we moved on to his present walk with God and how he’s desirous of a higher walk with God. On getting home, I said, oh! I was going to the church for Choir rehearsal then he offered to wait and take me there. I just knew I had met an ANGEL somehow.

Amazingly, we did not speak or see till about 2 weeks later when he called me to ask about my welfare. Then about 2 weeks later again I called him and we got talking regularly.  The Sunday after he introduced me to his brother and then on my birthday 21st September, asked his Mum to call me and wish me a happy birthday and I was in so much awe as to how things were walking out. Then he pulled the biggest stunt on me.
While I was planning with my friend Nonso, to get a surprise cake and all for his birthday 12th December, he was planning something else bigger with her for me. Whoaaa! Yes! that evening after running around, we eventually went out to Hardrock Café, VI, Lagos, his favorite restaurant. At a point during dinner with friends, DJ played some of our favourite songs and then they brought cake and we sang etc. Then they said ‘madam the closed plate is for you’, I was like ‘ooooh whoaaa.. Thanks..’ When I opened and saw an engagement ring, I ran away with the cover of the plate….loool!! I Can never forget that moment….I didn’t gerrit!
We met families much later who accepted us regardless of the crisis both ethnic groups had faced earlier (IJAWS/ITSEKIRIS). By God’s infinite mercies and incredible purpose. WE ARE MARRIED TODAY “MR & MRS SHOLA & EBIEMI -.” We celebrate our Families ….oh our super mothers; brothers; friends; Sisters; Bosses; Mentors; Guardian; Pastors; Bishop; Colleague Everyone who made the entire wedding process (Introduction; Dowry Payment; Registry; Traditional & Church Wedding) super amazing like heaven on earth. We had overflow of attendance we were like Gosh!! Where did they all come from?? Indeed God’s time is the best and when God plans a thing.. it definitely ends in perfection (Proverbs 16:3). To GOD the Orchestrator of our destiny; the Way Maker; Miracle Worker & Promise Keeper; the Anchor of our hope; the Author and Finisher of our Faith; to our Jehovah Derekh HaYashar. ALL GLORY TO YOU

Related Topics:InstagramUBERUber Nigeria
Up Next

Pregnant 28-year old Student and her Lecturer in Paternity Scandal