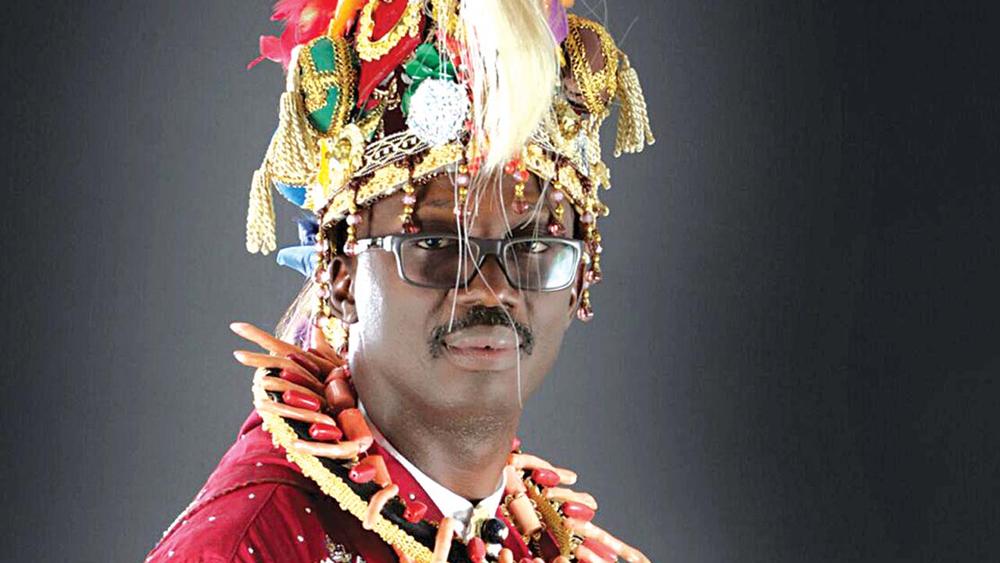 His Royal Majesty, King Bubaraye Dakolo, Agada IV, the Ibenanaowei of Ekpetiama Kingdom has disclosed a disturbing trend in his kingdom which is one of the major oil and gas hubs of the Gbaran/Ubie Nigeria Liquefied Natural Gas (NLNG) multi-billion dollar plant with pipelines that run from Bayelsa to Soku/ Bonny in Rivers State.

In an interview with Palace Watch which was published by The Guardian, the monarch disclosed that many oil workers are paedophiles, adding that the workers deny the unborn children if the girls get pregnant.

Your Highness, could you please expatiate on the allegation that some oil workers are paedophiles?

Yes, most oil workers in my kingdom and other areas around here have this sexual perversion in which children are the preferred sexual objects. But as disgusting as this may sound, they do not seem to have any remorse about what they are doing. When they get into a community, they lure very young girls between the ages of 12 and 14 years to bed. They make them some kind of sex slaves, luring them with money. Too many men and too few girls. They do this to girls in primary schools and Junior Secondary (JS1). They thereby destroy the social environment they find themselves. This is so bad and grave a crime that one can’t properly quantify in terms of Naira and Kobo.

For instance, when they spill crude oil, they pay damages, just like when they acquire land. But when they destroy these very little girls, thereby destroying the entire community, the entire Kingdom and Niger Delta, they pay nothing, because it is difficult to quantify acts like this in terms of money. This act is so destructive, disgusting and bad. So presently, I am looking for people and organisations that will collaborate with me to enable me to sue them, especially Shell Petroleum Development Corporation (SPDC) that is operating in my area. In fact, what these people are doing to our little girls is as bad as genocide.

Have you done anything to stop this?

I was only coronated last June. My first anniversary on the throne is going to be on June 25, 2017. I am, therefore, just putting my plans together first. I will be very much ready to collaborate and work with such bodies as the United Children’s Funds (UNICEF) and NAPTIP in this regard. I hope to find a way of paying UNICEF and NAPTIP courtesy visits and discuss with their top people to see how we can knock these plans together so that I will understand how best to approach this problem.

If I have an understanding with the world bodies I mentioned earlier, we will raid the hot spots, where these activities take place daily, so that the oil workers engaged in this act will be arrested alongside the minors they sleep with.

This will force the little girls to speak out. It will be interesting to hear things like: “This 45-year-old big, fat man has been having sex with me (aged 12) regularly at little or no price all these years” in the glare of the camera and pressmen, for the world to see. I think if this is done once or twice, some of the oil workers, who engage in this act will be forced to moderate their animalistic urge or desire for little children. And for almost 40 years or longer, this has been our shame. This started since the time oil was first discovered in the mid-50s, though it was not noticed because then, things were done in moderation, but that is no longer the case today.

Sometime between 1990 and 1991 in my kingdom, I was a witness to this type of rape. And presently, the Liquefied Natural Gas Gbaran/Ubie project in my kingdom is the hottest spot for this malady.

Today, if you go to most schools around these areas, you will hardly find girls. But in the wee hours of the evening or night, you will find these children with oil workers in their areas. Another point worth mentioning is that no matter what you do, these girls will not go to school, as they prefer trading and doing brisk businesses that will fetch them money. As the traditional ruler of this kingdom, I know for sure that it will take a lot of courage and efforts for a parent to be able to keep his/her girl-child at home for her to develop normally my kingdom is the hottest spot for this malady.

So the number of children resulting from this illicit sex must be many in your domain. What happens to the children, since you said the oil workers refuse to claim them afterwards?

Yes, these types of children are very many here. Their families have continued to suffer in all ramifications. For example, in 1991/92, which is 26 years ago, when a 10-kilometre road was to be built into my kingdom from Yenagoa through a virgin forest, a company known as Willsborough was commissioned to come and do the sand dredging in these areas. They came with a dredger called “Kitibin”, which had the capacity to do over 22,000 metric tons of sand per day. And they were pumping like this non-stop for 365 days. They had up to four booster stations at a time. After the main dredger must have dredged for about one kilometre, they would put a booster station there. In the process, they brought about five boat houses, which had four decks. They had several of them around the places. They had close to 3,000 workers, all randy males ready to go, in a small community of less than 1, 500 population at the time. Other communities around here were of a similar population or even less.

So, these randy men were adequately funded by their oil companies. They had good food, drinks and light. They had surplus table water on daily basis. With this level of comfort, they had all their randiness on display here. In the process, they impregnated a lot of our children. There is one particular case I would not want to mention for now. Another victim of this act of paedophile, who was about 12 years or so, was impregnated by a white man. The man was said to have been above 40 but had no child. He never claimed this pregnancy or child and ended up not taking care of this little girl and her child. There are so many other cases of bigger ladies, who got pregnant for these men, but once the dredging exercise was over, these men also disappeared, leaving the women to take care of their children.

“Corpsocrats” Trying to Prevent Osinbajo from being Acting President – Fani-Kayode