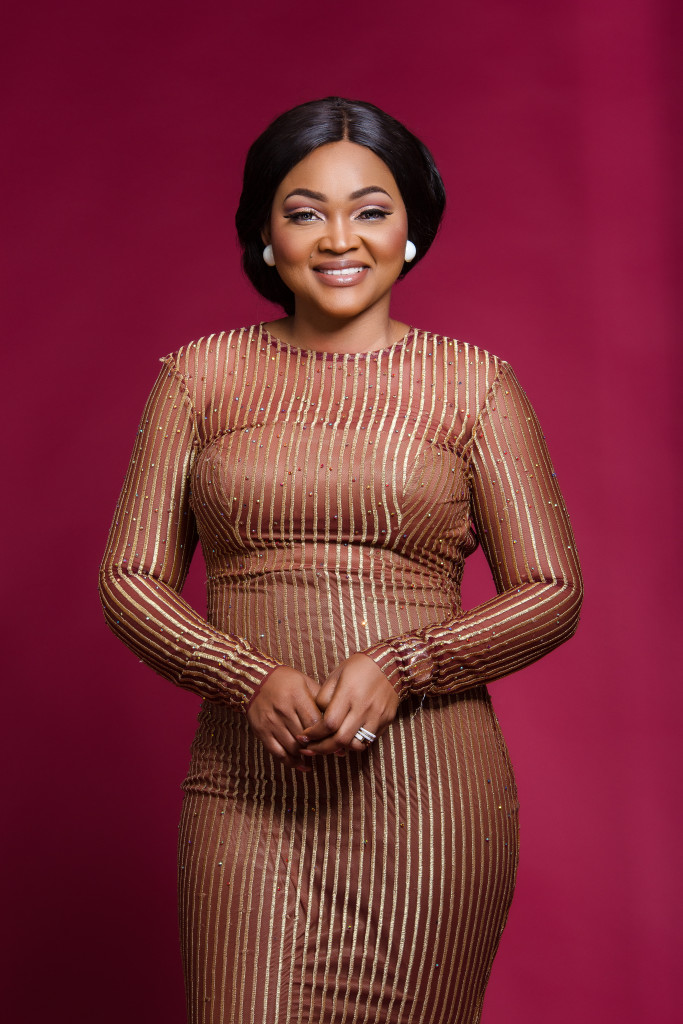 Nollywood actress Mercy Aigbe has said that she wants her estranged husband, Lanre Gentry to sign an undertaking that he will not come near her, adding that he had sent thugs to her house.

She made this known in an interview with PUNCH’s Saturday Beats.

Lanre, who is currently in Kirikiri Prisons was accused of physically abusing the actress.

Mercy reported the case to the police when she could no longer keep quiet.

“The case is no longer between my husband and I. It is now between the Office of the Public Defender, Lagos State Ministry of Women Affairs and my husband. The officer is the one handling the case.

I cannot be washing my dirty linen in public and that is why I do not want to go into details of my marriage. It is not in my place to send him to jail. I only reported to the appropriate authorities and I just need him to show remorse for what he has done to me. He does not know the gravity of what he has done to me, the pains that I feel right now and the trauma I have gone through.

I am still in pains and I am bleeding internally because I am still coughing out blood. Instead of him to be remorseful, he was busy going online to say all sorts of things about me and concocting lies. He has been fabricating stories to taint my image because he knows I am the one with a reputation at stake. I intentionally did not say anything even though I have proof of everything I have to say. Instead of my husband to show some sense of responsibility and own up to what he did, he was busy dragging my name in the mud,” Mercy said.

On why she stayed

I endured all the things that I went through in his hands because of my children and also because of the fact that people look up to me as a role model. I have been through a lot and I pray and fast a lot so that things would go on smoothly. I have been praying and enduring a lot but this last time, the beating was brutal and he almost killed me.

On Allegations of Promiscuity

Before I got married, there was no scandal about me being promiscuous, no one could say that I was sleeping around; so why would I now do such as a married woman? If I were that promiscuous like he claims, how come no journalist has ever reported such stories about me? I have been working so hard to build my brand and now he wants to rubbish it.

The problem with him is that he cannot control his anger and I have advised him on several occasions to see a therapist or enrol in anger management class to learn how to control his temper but he refused. He gets violent whenever he is angry and that is his problem. There is no way a couple would not fight but it does not always have to lead to physical violence. On that fateful day, he hit my head on the wall just because I found out that he was having an affair with someone very close to me and we had an argument.

He came to beat me at my tailor’s place. He even beat my make-up artiste and broke her hand. It was from that place that I was rushed to the hospital very late that night. When he was beating me, he was acting as if he was possessed. Ever since he had been beating me, he had never beaten me to this extent. It was as if he had made up his mind to kill me or blind me so that my career would end. I don’t know why he is doing all this. I have offered to take him to church but whenever we get there, he would refuse to enter. I tried all my best. If only he went for therapy, all this would not have happened and I don’t have to stay with him till he kills me. Imagine if I had died that day, I wonder what kind of cover up story he would have released to the public.

Mercy made it clear that she is fighting for her life adding that she wants him to sign an undertaking that he’d not come close to her.

“I am fighting for my life because if I die there would be no image to protect. I just want him to sign an undertaking that nothing would happen to me because a man who is capable of sending thugs to the house is capable of anything. Someone who can set me up and lie that I have mental illness can do anything. He should sign the undertaking and we should go our different ways. If not, I would leave the case to the appropriate agency and the law would take its full course,” she said.