"When I tell you don't give up, pls hear me" - Sonnie Badu went from being a University Cleaner to an Honorary Doctorate Degree Holder 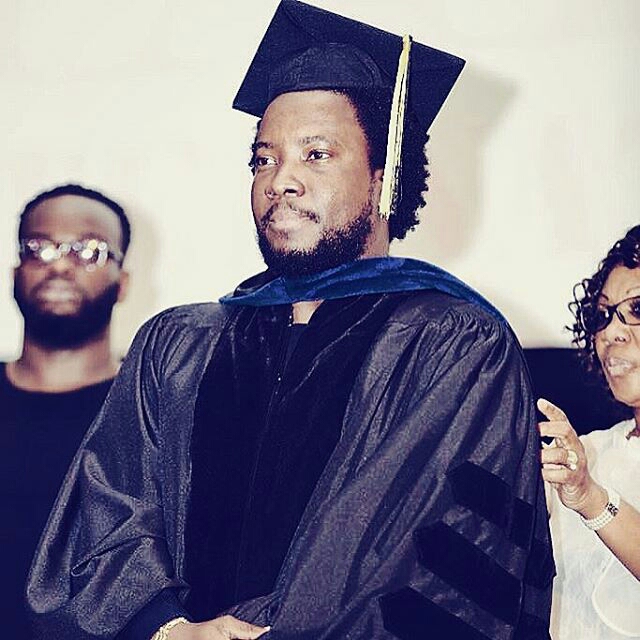 Gospel artiste Sonnie Badu took to his Instagram page to share the beautiful story of how he went from being a university cleaner to bagging two honorary doctorate degrees.

Sonnie is also a UN Ambassador of Sacred Music and he is a recipient of Key to the City of Brooklyn, New York.

Sonnie, who is the author of 15 books, and has 3 albums in the bag, wrote:

I have worked as a cleaner in london before. I used to clean universities while my age mates were studying. I have also worked as a burger flipper in McDonald’s. I have worked in Tescos, boots, dixon’s, jones boot makers and being homeless before. I wore one suite to church, however it never stopped me from loving God because I understood times and seasons. At a point the mother of a young girl I wanted to marry in London told me never to step foot into their house simply because I had nothing to my name .. I think she provoked something in me. Today by the grace of God, I am a CEO of almost 10 companies, with an honorary Doctorate, a UN ambassador with an honorary key to the city of Brooklyn, an author of 15 books, 3 smashing albums under my record, happily married to a beautiful queen and God has blessed me with 2 kids .. so when I tell you don’t give up, pls hear me .. you are next in line for Gods breakthrough.

Related Topics:#BeInspiredSonnie Badu
Up Next

“For all of you waiting on LOVE, don’t give up” – MC Lyte is Engaged!

Can You Feel the Love? Watch this Cute Video of Adesua Etomi Moments After her Engagement Announcement!