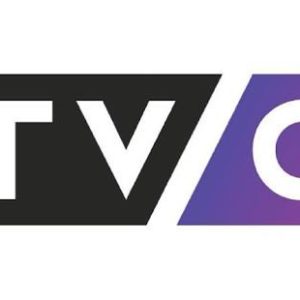 Labour leaders on Saturday described the sack of 145 workers by Continental Broadcast Services Limited (CBS) as a national embarassment.

CBS is the owner of Television Continental (TVC) and Radio Continental.

Labour leaders who spoke to the News Agency of Nigeria (NAN), in Lagos condemned the mass lay-off.

Deji Elumoye, Chairman, Nigeria Union of Journalists (NUJ), Lagos State, said the sack was unnecessary and embarrassing to the nation.

According to Elumoye, the sack is uncalled for especially at a time when media houses, including TVC, are under-staffed.

“In most media houses, journalists are overworked. One person covers two to three beats and now they have been sacked. It is unacceptable”, he said.

The NUJ chairman said CBS had the right to hire and fire but should have endeavoured to pay workers their entitlements before issuing the sack letters.

He said the sack was a wrong way to celebrate the organisation’s 10 years anniversary achieved by the workers.

He said the organisation should have restructured the management level such as the expatriates who are being paid in dollars rather than sack 80 per cent of the journalists.

Bobboi Kaigama, President, Trade Union Congress of Nigeria (TUC), also condemned the sack in its totality and said that the organised labour would look into it soon.

”The leaders of the NLC and TUC are in Geneva for the International Labour Organisation (ILO) Conference. We will take action on it when we return”, Kaigama said.

Also, TUC Secretary General, Musa Lawal, told NAN that the number of workers sacked was unacceptable because it would increase the level of poverty already suffered by the people.

Lawal said that it was not proper for the private sector employer to sack that number of workers at once over little economic shakeup while expatriates are retained and paid in hard currency.

He said that the organised labour leaders would look into the issue when they returned from the ILO conference.

However, the CBS management in a statement said the sack was necessitated by the need to restructure the organisation.

Regina Whenu, Associate Consultant to CBS who signed the statement, said the restructuring is geared toward repositioning the business for better and greater delivery of services to audiences and advertisers alike. And in line with these changes, the organisation is reconfiguring the workforce as part of rationale to achieve their objective.

She added that it would allow TVC Africa to concentrate on key areas of business which include TVC news, TVC Entertainment, and Radio Continental.

She said the board of directors had approved a generous severance package for the affected staff, in addition to a programme of assistance to enable them to secure new employment.

Mugabe Begins Nationwide Speaking Tour Ahead of Next Year’s Election