On Sunday, CEO of Oasis Med Spa Freda Francis held her push party with close friends and family in attendance. Photos from the event were on social media and also in attendance was actor and comedian AY Makun.

AY’s wife, Mabel Makun, reposted one of the photos from the push party which had both AY and Freda in the shot and she captioned: 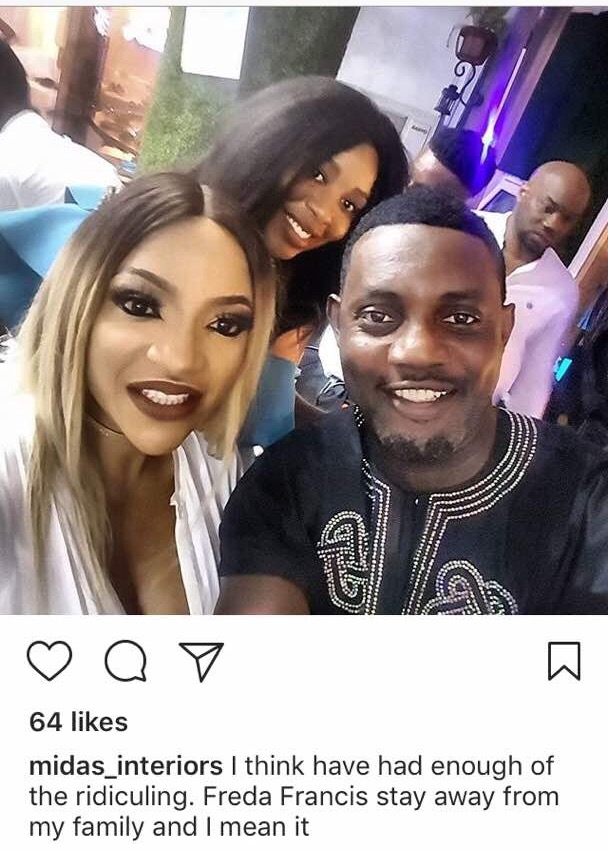 Mabel also shared screenshots of a chat between two people who appear to be Freda and AY. 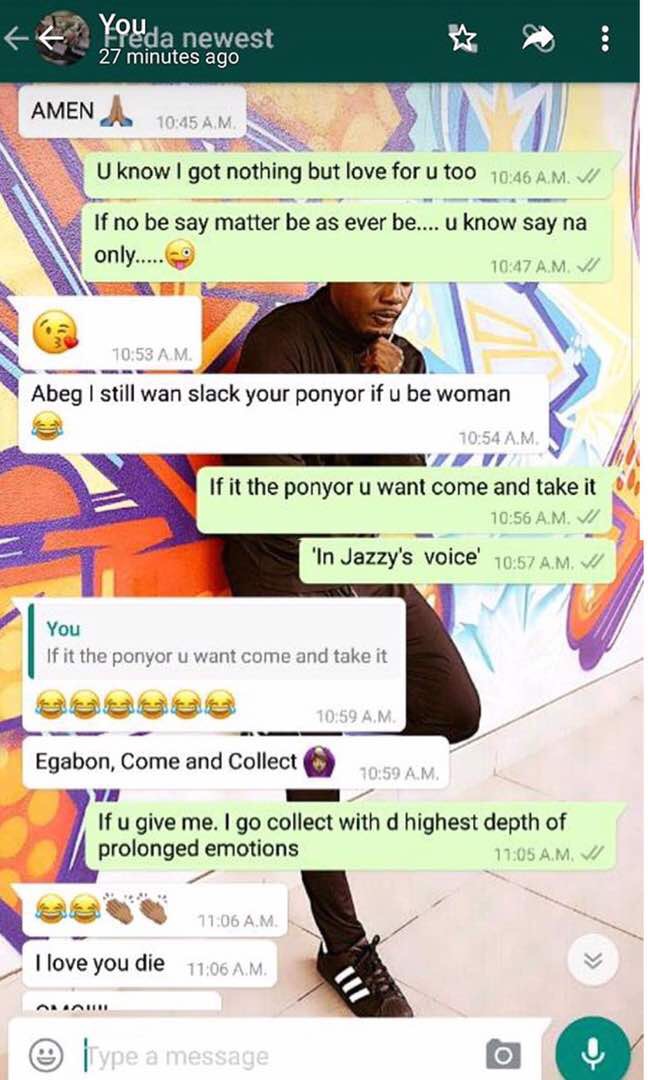 These too have also been deleted.