This is so sad.

According to various international reports, a 22-year old YouTuber was shot dead by his pregnant girlfriend after a planned stunt failed on Monday. 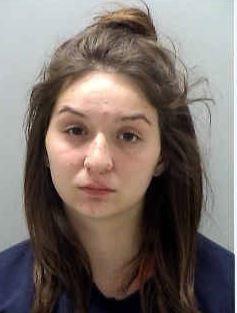 In a bid to get more views, the YouTuber had convinced his girlfriend to shoot him in the chest, with a thick book covering his chest, to see if the bullet could penetrate. He was pronounced dead at the scene following the stunt.

The young girlfriend is currently seven months pregnant with the couple’s second child. The couple, who have been together for six years, have an older child who is 3-years-old and was reportedly present during the shooting.

The 20-year-old is being charged with second-degree manslaughter and reckless discharge of a firearm.