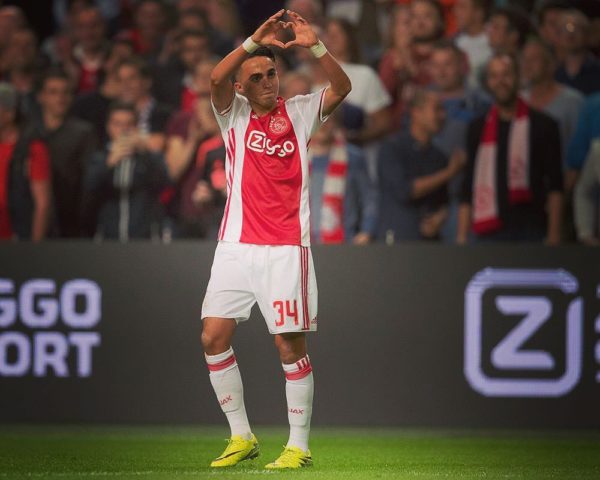 20-year old Ajax midfielder Abdelhak Nouri has suffered permanent brain damage after collapsing on the pitch during a pre-season friendly versus Werder Bremen on Saturday in Austria.

The midfielder, who played 15 league and cup games for Ajax in the 2016/2017 season fell to the ground in the 73rd minute of the game and was promptly attended to by medical staff, who reportedly performed CPR on the scene.

According to Telegraph Sport, the Amsterdam-born player was flown by helicopter to a hospital in Austria but Ajax confirmed he will soon be transferred to Amsterdam for further care.

On Monday, the club announced that tests showed his heart is functioning normally and brain scans did not detect any anomalies but new tests on Thursday revealed the extent of the damage, prompting Ajax to announce the news. 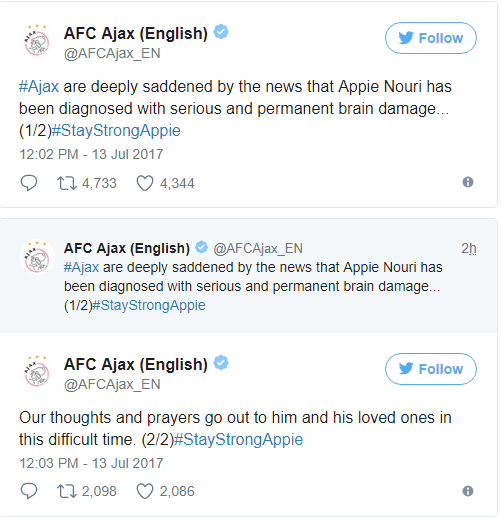 This is the worst possible message. It is terrible. We feel enormously for his parents, siblings and other relatives. The blow is also being felt at Ajax, though we knew we had to consider this scenario. They were uncertain days, lots of people in different ways have sympathised with his situation. It is greatly appreciated.

Abdelhak is such a great talent, but unfortunately we will never know how far his star would have reached had this not happened.” 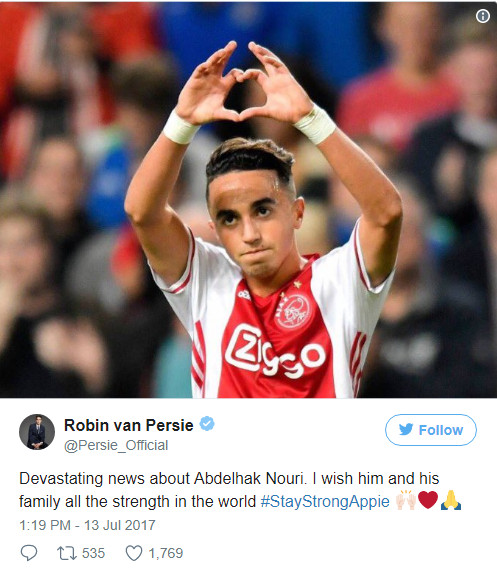