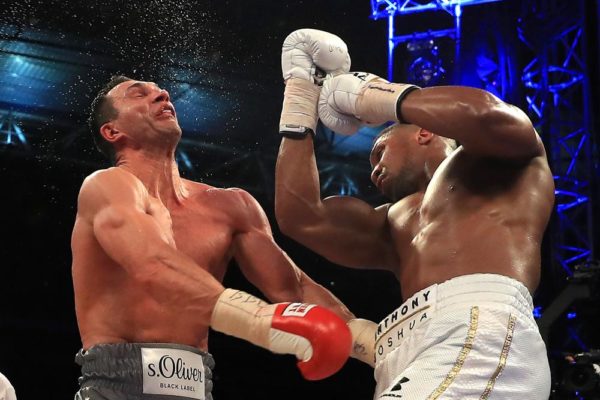 T-Mobile Arena is the venue promoter Eddie Hearn hopes will persuade Wladimir Klitschko to sign to have a rematch of his Wembley bout with the World Heavyweight Champion Anthony Joshua, Telegraph reports.

In what could be Anthony Joshua’s U.S. debut, Hearn, who according to The Sun has traveled to Las Vegas with Joshua’s manager Freddie Cunningham, has applied for a Nevada promotion license for the contest.

“November 11 is the date that’s penciled in. We’ve got a couple of weeks to get everything over the line,” Hearn said.

While Klitschko is yet to trigger the rematch clause in his contract, Hearn is certain Vegas will be the place to convince him to do so, where he last fought in 2004.

“I believe Wladimir Klitschko is going to take this fight and I really think Vegas will be the one,” he said.

If Klitschko does refuse the rematch, instead choosing to retire, Joshua will fight International Boxing Federation mandatory challenger from Bulgaria Kubrat Pulev.

An announcement of the fight is said to be expected in two weeks.

Stephen Espinoza, Head of Broadcasters at Showtime Sports, which has an exclusive television deal in the United States with Joshua, said that:

It’s no secret we’ve been salivating about getting him (Joshua) over here and certainly that would be a phenomenal fight. It would be the biggest heavyweight Vegas fight in probably a couple of decades, so we would love to host it.

It’s mega-fight wherever it is. For my money, it was the fight of the year so far. It was a star-making performance and for many here in the US, it was their introduction to Anthony Joshua. It is beginning to whet their appetite for seeing more.

T-Mobile is also where the Floyd Mayweather vs Conor McGregor fight will take place on August 26.

Learn what it takes to build a Successful Career in Nollywood! Join Ramsey Nouah and Tope Oshin in the Auditions.ng Acting Masterclass | Saturday, Aug 5th