Earlier this month, Ed Sheeran announced that he is quitting Twitter over “mean” comments and he has now finally deleted his account.

The singer was recently attacked on the social network by Lady Gaga’s fans after they assumed he referred to her in an interview.

“I’ve actually come off Twitter completely. I can’t read it. I go on it and there’s nothing but people saying mean things. Twitter’s a platform for that,” he had said.

His action came a day after he made a cameo appearance on Game of Thrones. His performance received a mix of positive and very critical reviews. 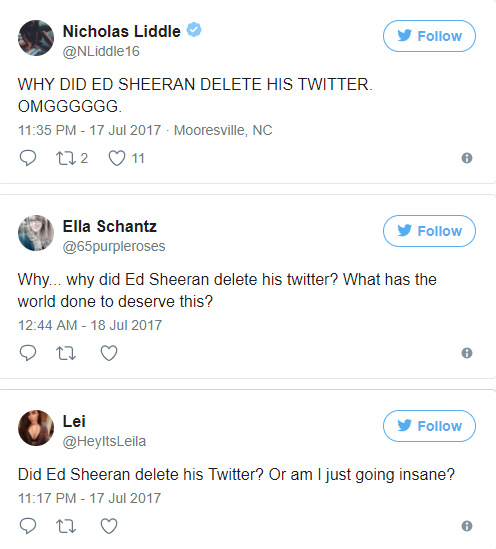 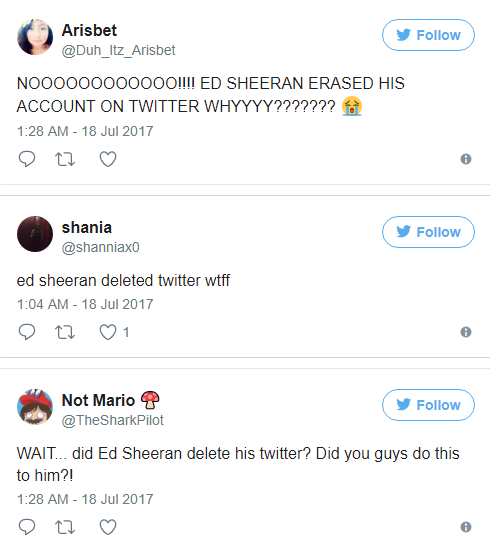 The singer has not yet provided information as to why his account was deleted.

The Newest TV Breakfast Show ‘Wake Up Nigeria’ is set to give you the best of Fashion, Food, Comedy, Celebrity gist & lots more