Actress and Medical student Jemima Osunde shared her experience of an accident involving three cars where one of them somersaulted to the other side of the road and collided with the other two.

The accident happened on Eko Bridge, Lagos on Sunday.

I watched the most terrible thing happen today. An accident on Eko bridge ?? pic.twitter.com/Mk06mzxa38 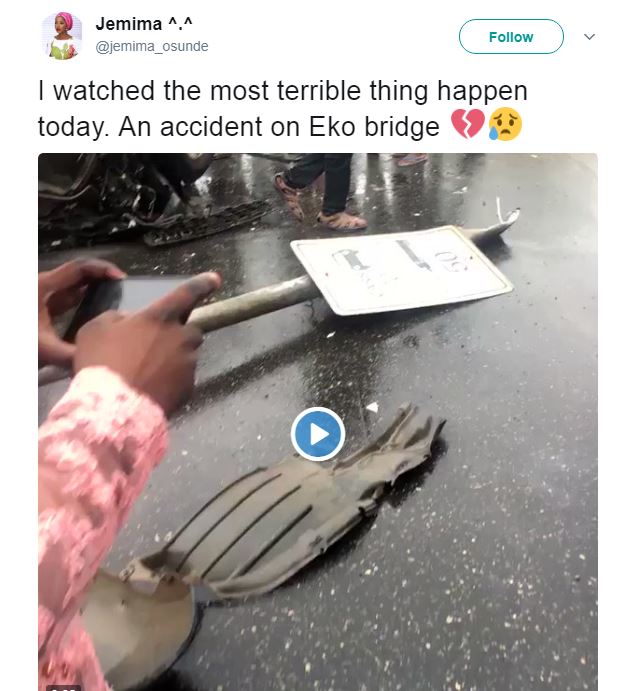 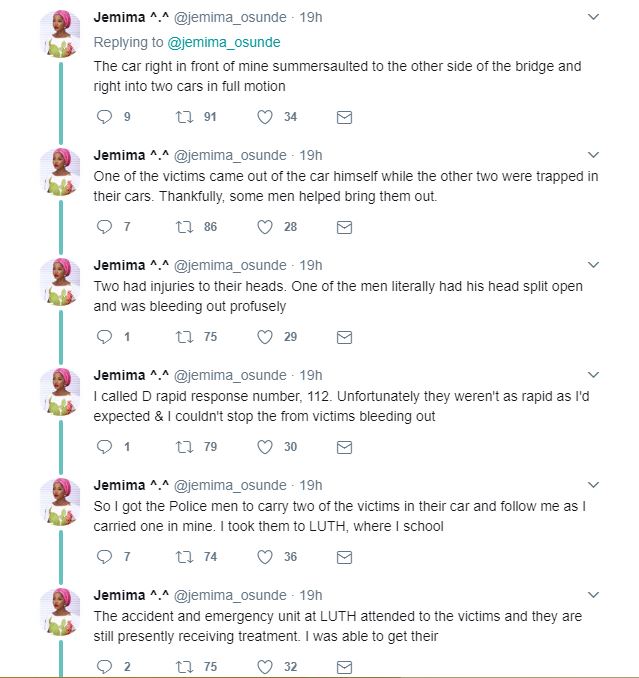 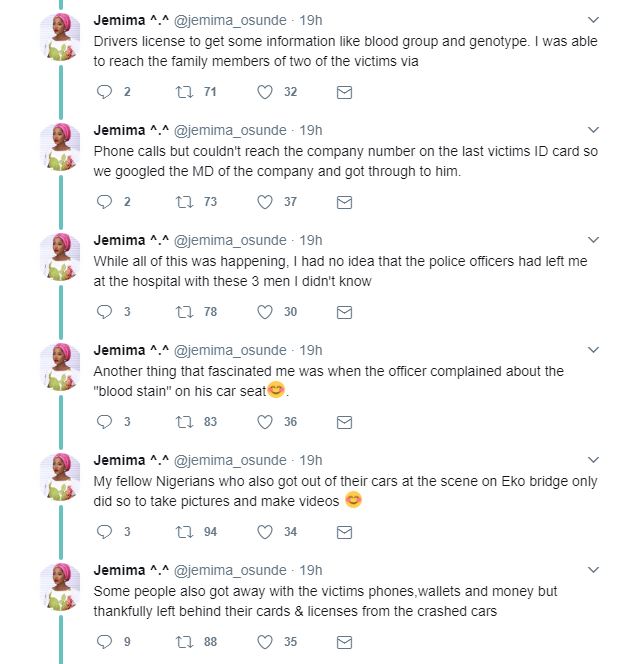 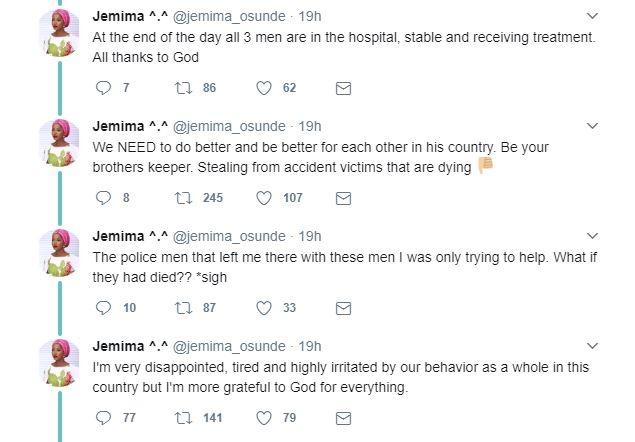 Thankful these men didn't die on my watch and also thankful for the Dr's at Luth accident and emergency this morning?? pic.twitter.com/7VBarDjurx

Empowering Rural Farmers! Nasir Yammama of Verdant Agritech is our #BellaNaijaMCM this Week