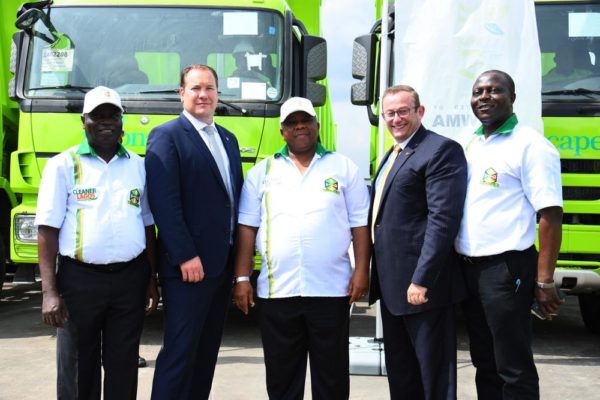 The Lagos State Government has commended Visionscape Sanitation Solutions Limited, an innovative environmental utility group, for investing in Nigeria during a period of economic recession and inflation when other investors had considered it unhealthy to invest in the country.

The State Governor, Akinwunmi Ambode, represented by the state’s Commissioner for Environment, Dr. Babatunde Adejare, stated this at the soft launch of the Cleaner Lagos Initiative (CLI) and the commissioning of Nigeria’s first 24-hour waste management depot on Friday at Ogudu. He described the commissioning as a vote of confidence and expressed delight that Phase One of the CLI, a pet vision of Governor Akinwunmi Ambode, was finally taking off. “The soft launch of the new waste management policy is a dream come true, and a demonstrable evidence of what determination and proper planning could bring to fruition,” he added. 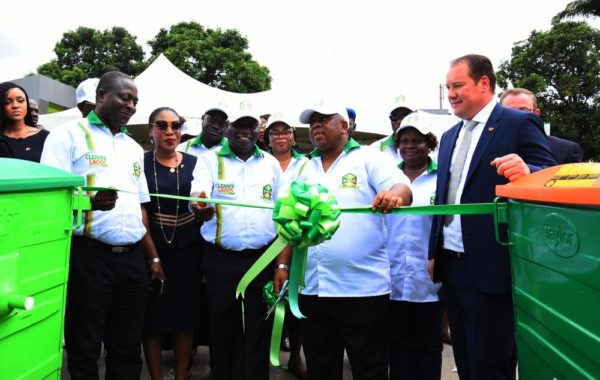 The commissioner also averred that the Lagos State Government has its vote of confidence in Visionscape. “We believe in Visionscape. We are standing by you. We know you can do it. With your capabilities and clout, Lagos State will be the cleanest city in the world. We will work with you in every way and we will make it happen together. This is your Lagos, our Lagos”.

He called on Lagosians to embrace the Cleaner Lagos Initiative which will add value to the quality of life in the city and stressed that the Ambode government will not evade challenges but will rather face it head-on to deliver solutions.

He also reiterated the commitment of the Akinwunmi Ambode administration to bequeath Lagos State with a functional, robust and sustainable waste management system that would transform the State into the cleanest city in the world.

The commissioner stated that Governor Ambode’s dream all along had always been to positively affect the State as far as waste management is concerned and that his commitment to follow it through was unwavering.

He said: “Coming here and seeing these fantastically looking vans and trucks of Visionscape that would be used for waste management in the State is inspiring and encouraging. This is just a small bit of what we intend to launch through the CLI in days to come.

“I must say I am one of the happiest persons in the world today because a lot of people thought that this would not be achieved but here we are today launching the first phase.

“I just want to say here that we have always believed in Visionscape and if not, we would not have chosen the consortium to do this for us. We firmly believe in the firm; we are standing by them because we know they can do it and they will do it and make Lagos be the cleanest city in the world by the grace of God.

“We are very glad and satisfied with the giant strides Visionscape is taking in ensuring that we achieve the aim that we have all sat down to set. I just want to admonish members of staff of the firm that apart from what they would be paid, they should see this as their own contribution to making Lagos what we all want it to be, which is to become the cleanest city in the world.”

Earlier, in his opening remarks, Visionscape’s Executive Director, Harry Ackerman said the company was delighted to be part of the journey to make Lagos a clean State, assuring that modern techniques and technologies in waste management would be deployed to provide top class services for the people.

He said: “Our top priority is to ensure that the waste management needs of Lagos are met. We will do this by implementing sustainable long-term solutions that are tailor-made for Lagos specifically.

“We have also developed sound business models, processes and technologies which are a central component of our integrated waste management plan. We are refurbishing, building and upgrading waste management facilities located in different parts of the State. These include engineered sanitary landfills, transfer loading stations, material recovering facilities and multiple maintenance centres,” he added.

Visionscape Sanitation Solutions has successfully completed the development of their first waste management depot in Lagos State. Located in Ogudu, making it the first of three 24-hour depots, that company will open in Lagos State.

Aisha Buhari returns to the UK to visit President Buhari