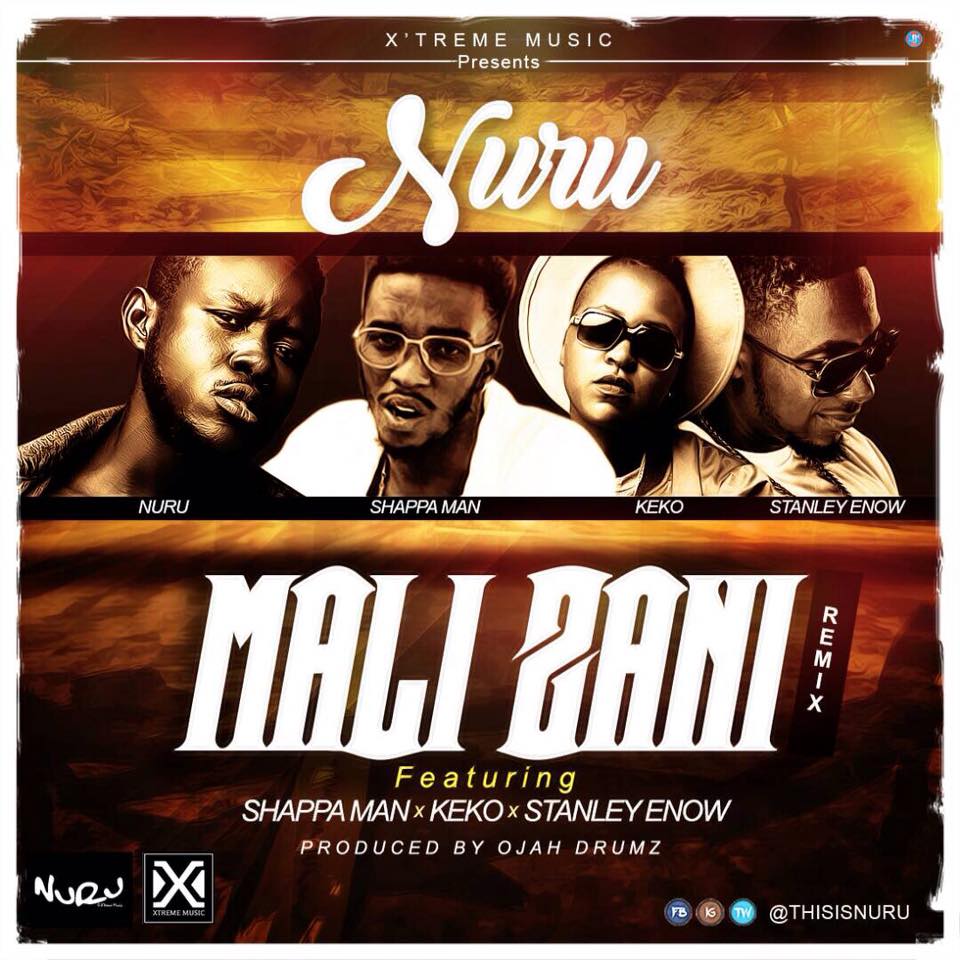 X’treme Music rapper, NuRu is here with a mind blowing remix of his song ‘Mali Zani‘ which originally featured Ghanaian rapper, Edem and was produced by Fortune Dane.
Nuru decided to go beyond the extreme by putting artistes from Kenya, Uganda and Cameroon to re-bake the jam into something monstrous for radio and their respective fans across Africa and the world at large. The remix holds the voice from Shappa Man (member of hip hop group, Camp Mulla) representing Kenya, KeKo from Uganda and superstar Stanley Enow from Cameroon.
“Mali Zani Remix” is produced by Ojah Drumz, Mixed and Mastered by PossiGee at MoB Studios, Tema – Ghana.
Listen and Download below: