"I don’t know if I keep my home intact; I believe God does that for me" - Omoni Oboli 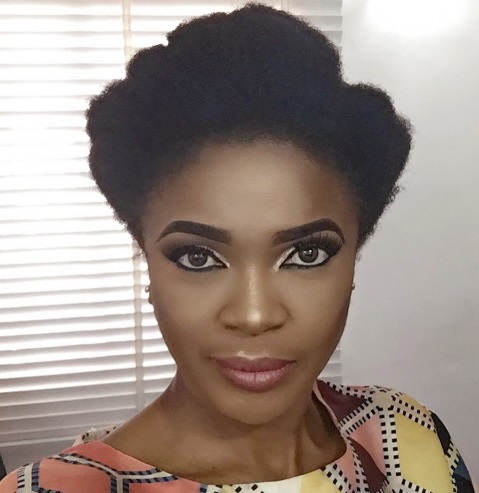 Actor and producer, Omoni Oboli in an interview with Punch on Sunday, talked about her childhood, marriage and career.

She described her childhood as; “simple and also full of fun.”

“I wasn’t raised by rich parents. I lived with my mum and sister in the Delta Steel Company complex, Aladja. It was a great place with all the modern amenities accessible to all who lived there, so I enjoyed it all without being rich enough to afford them. It was simply because my mum worked there as a teacher. The memories I have of my childhood are mostly pleasant ones,” she said.

When asked about the copyright controversy over movie Okafor’s Law, she said; “The case is in court at the moment. One day, I will tell my story.the case is still in court and one day she will tell her story.”

The actor was asked about the recent online altercation with Chude Jideonwo over an analysis of Okafor’s Law, She said;

Criticism is always good and necessary. No one is perfect, so I don’t expect my movies to be without imperfections. Nollywood is a growing industry. We have come a long way, and I’m so thankful to be a part of this homegrown sector which richly blesses our nation with another stream of income. When we criticise, it must be communicated with a clear view of where we’re coming from, where we are and where we’re going. Any critic should have the clear understanding that we are limited in budget and logistics to achieve the seemingly impossible task of competing with Hollywood movies at the cinemas. So, I don’t shy away from criticisms like, “the storyline is not well put together,” “the sound was not clear in certain areas,” “the acting by so and so was not up to par,” “the directing lacked such and such.”

What I don’t like is when a blanket statement is made like, “the movie was bad,” without any follow up on how and in what way it is considered bad so I can learn from it. Can I stop such criticisms from ever occurring? Apparently not. But I would like to see more people begin to go beyond any personal views, to see that the big picture is the projection of Nigeria to the world in such great light that other nations will want to know what we are doing. It would increase our ability to export our movies to a more global audience that’s looking for something new outside of the Hollywood defined view of what makes for good entertainment.

Saying a movie is just plain bad without any follow-up as to how and why, would mean that the person has the monopoly on what constitutes good entertainment above all other Nigerians who are paying good money and enjoying that same product over and over again. So, no, I don’t hate criticism, because I’ve seen a few of them for and against my work, and the good criticisms show us how to grow to be even better. If I said to my child, “you’re bad!” And then not tell him how and why, I shouldn’t be surprised if he becomes ill trained because he wouldn’t know which direction to go, towards the good or towards the bad. That’s why I welcome criticism, but only the constructive ones. Even some criticisms like, “so and so part of the movie was funny,” when I intended it to be serious can make me rethink how to write and direct a particular part next time to achieve my intentions.

I’m well aware that our taste in movies has been sharpened by the Hollywood standard, and it’s hard for some of us to “lower” that standard just to help grow our industry, but we have to learn to appreciate the giant efforts and leaps that we’ve been able to accomplish despite our obvious constraints that the world seems to admire us for.

After 17 years of marriage the Actor will be thought to have good marriage advice. When asked about how she has kept her marriage intact after so many years, she said;

I don’t know if I keep my home intact; I believe God does that for me. There are many women who do the right things and show up at every time for their husbands and still get the short end of the stick. So I don’t take credit for it. I have my moments and he does too, but somehow it has never tipped the scale and that’s because God made it possible. Nevertheless, I believe that when you understand that you’re both different individuals who have become one, then you can try to weather any storm, knowing that if you don’t, both of you will have a dreadful life in that marriage. Enjoy it and seek for the things that make for peace because life is too short to waste it fighting.

BN Style Spotlight: Nse Ikpe-Etim as Host of the AMAA 2017