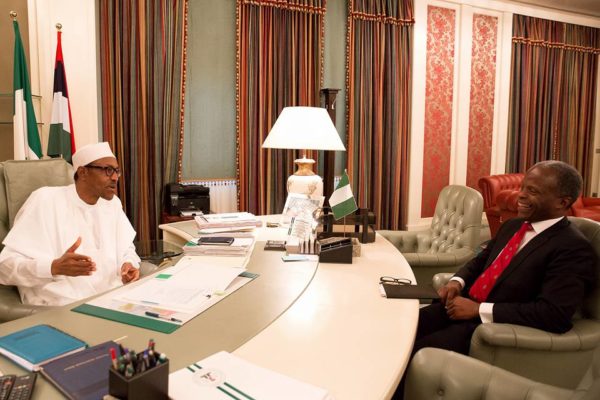 The presidency has said that Acting President Yemi Osinbajo is meeting with President Muhammadu Buhari who is on medical leave in London.

This was made known in a tweet on Tuesday night.

Acting President Yemi Osinbajo will soon brief the nation on the outcome of his meeting with President Muhammadu Buhari in London.

Laolu Akande, the Senior Special Assistant to the Acting President on Media and Publicity, made this known on his twitter handle on late Tuesday night.

He described the meeting as ““a very good meeting.”

He said: “We will soon share more information about Acting President’s London meeting with President Buhari. It was a very good meeting. God bless Nigeria.’’

President Buhari on Tuesday summoned Osinbajo to a meeting with him in the United Kingdom where he is presently on medical vacation.

Osinbajo jetted out of Abuja soon after presiding over the Quarterly Presidential Business Forum on Tuesday morning at the Presidential Villa, Abuja.

The presidency had earlier said in a tweet  that Osinbajo had left for London to meet the President but did not give details.

It added that the Acting President would return to Abuja immediately after the meeting.

Chinese Umbrella-Sharing Startup to invest in 30 million Brollies after Losing Most of its initial 300,000