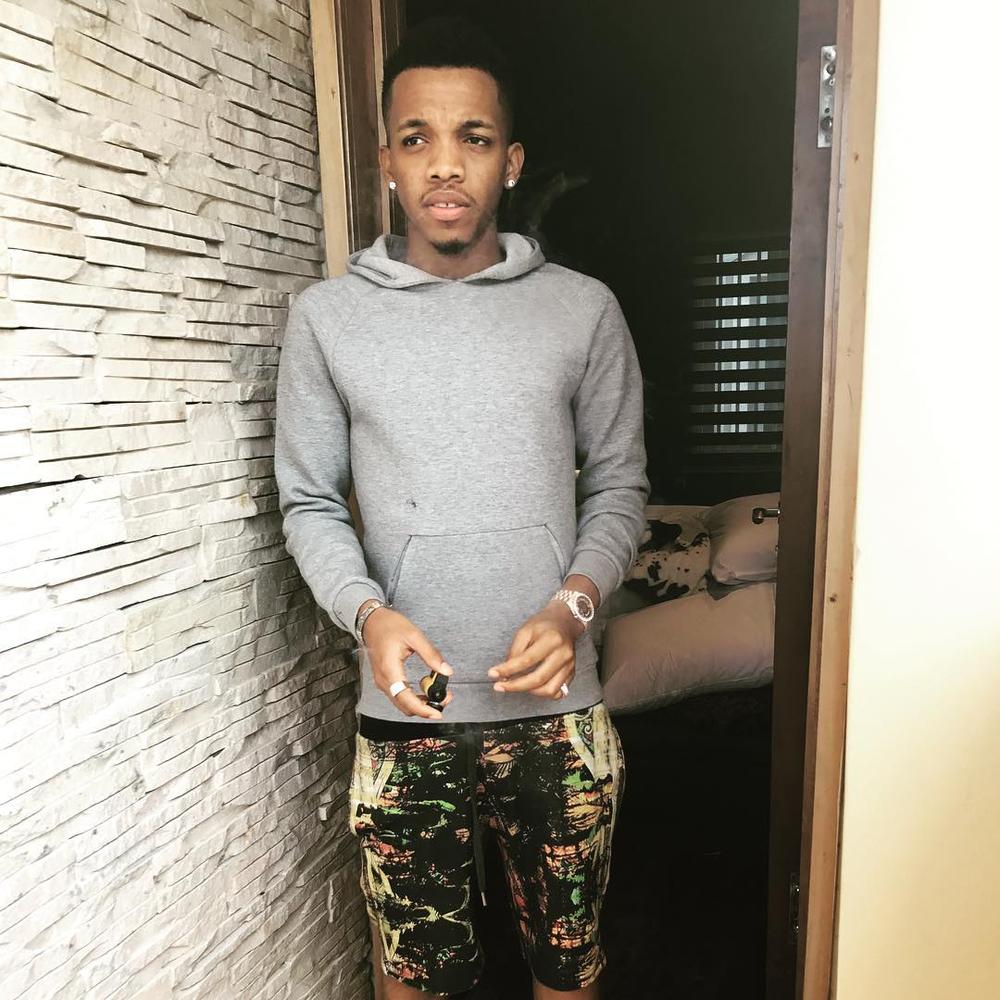 Twitter user (@MynameisNiro) is the latest recipient of Made Men Music Group singer Tekno‘s benevolent act on Twitter as the singer gave out 500 thousand Naira to her. The “Pana” crooner has announced earlier today that he would be giving half a million Naira to a lucky person which he would pick at random. After she tweeted at him, he quoted her tweet citing her as the winner. 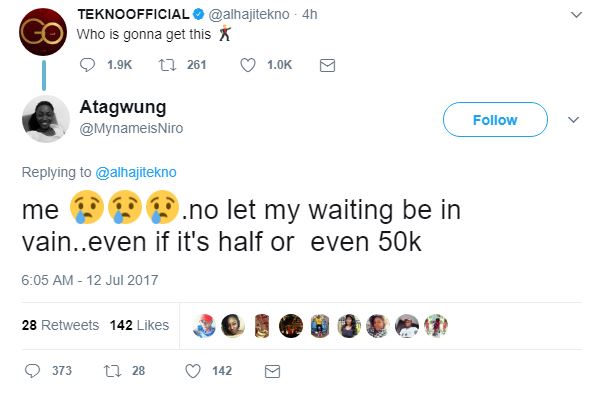 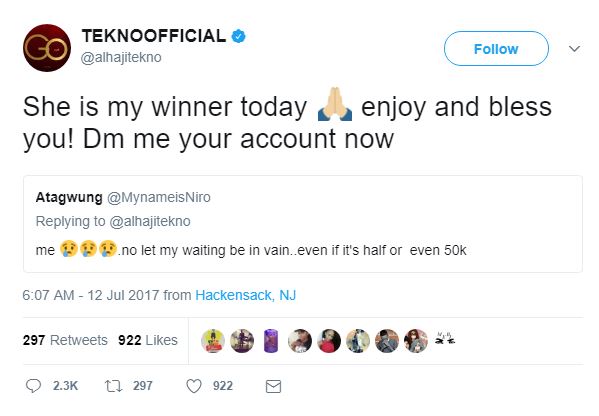 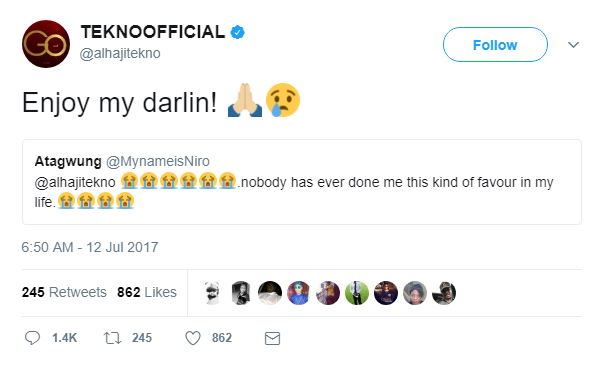