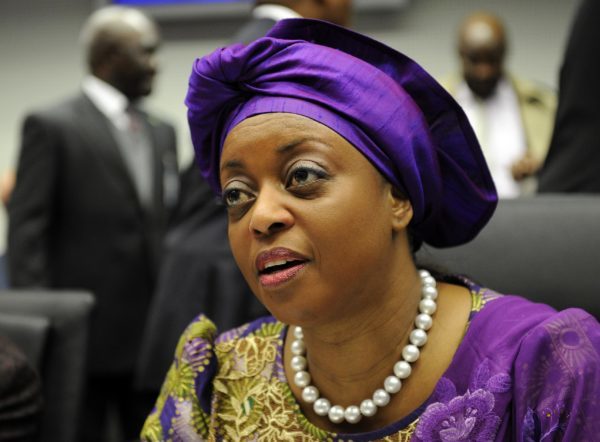 A civil lawsuit filed by the U.S Department of Justice’s Kleptocracy Asset Recovery Initiative, is seeking to recover about $144m in assets – including a $50.9 million Manhattan apartment and an $80 million yacht, allegedly bought using money generated from a scheme to pay millions of dollars in bribes to former Nigerian Petroleum Minister Diezani Allison-Madueke.

According to Reuters, the U.S DOJ’s Kleptocracy Asset Recovery Initiative seeks the forfeiture of the proceeds of foreign corruption.

Court documents claim that the property are owned by Kola Aluko and Jide Omokore, Diezani’s associates, adding that the men bribed Diezani for lucrative oil contracts between their companies and the Nigerian National Petroleum Corporation (NNPC), a state-owned oil company.

The oil swap contracts were a barter arrangement where Nigeria used middlemen to sell crude oil in exchange for refined products.

The contracts were mostly opaque and former Central Bank of Nigeria (CBN) governor Sanusi Lamido Sanusi criticised the NNPC for not being properly structured, monitored and audited.

The lawsuit, which is seeking the forfeiture of both assets, claims that Aluko and Omokore laundered money through the US by purchasing the lavish assets. Aluko and Omokore were allegedly to have paid bribes to Diezani between 2011 and 2015.

Court documents claim Aluko and Omokore conspired to purchase millions of dollars in real estate in and around London for Diezani and her family members.

They were also accused of buying a total of four residential properties in and around London worth $11.45 million, and furnishing them with luxury items.

The $50.9 million penthouse, owned by Aluko, in the Billionaires’ Row building in New York has been foreclosed after failing to make mortgage payments.

Aluko acquired the 6,240-square-foot full floor penthouse in December 2014 under a shell company listed in public records as One57 Inc.

The $80m 65-meter yacht – Galactica Star- which hosted Beyonce’s 32nd birthday bash in 2013 is also owned by Aluko and a Luxembourg-based Bank Banque Havilland, from which the Aluko took a $35.3million mortgage, has listed the Galactica Star as collateral, after he failed to repay the mortgage which was due in 2015.

“If you want to hire a yacht, you lease it for two weeks or whatever. You don’t go and sink funds into it at this time when Nigerian oil and gas sector is under all kinds of watch,” Diezani allegedly said to Aluko in a recorded conversation.

The case was filed on Friday at a federal court in Houston.

The Ball is in Your Court