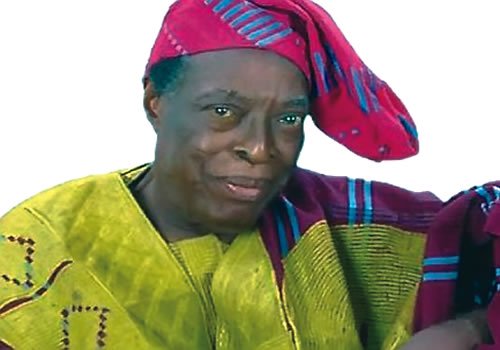 Channels TV reports that Faleti died in the early hours of Sunday morning at the University College Hospital (UCH), Ibadan.

Faleti holds the national honour of Officer of the Order of the Niger (OON) and was responsible for translating Nigeria’s National Anthem from English to Yoruba.

Faleti, who has published a dictionary containing the formal or official use of Yoruba names, was one of the pioneer staff of the first television station in Africa, Western Nigeria Television (WNTV).

Related Topics:Adebayo Faleti
Up Next