On Monday, Joel Osteen, Senior Pastor of Lakewood Church faced criticism on Twitter for allegedly closing his doors to victims of Hurricane Harvey.

The church, located in Houston which has been hit by the hurricane, had announced cancellation on its services for Saturday & Sunday, August 26 & 27 respectively sued to the weather impact of the storm.

In a statement by Joel, the church said it has “never closed” its doors to victims and will continue to be a distribution centre for those in need, adding that it is prepared to house people once shelters reach capacity.

Twitter user @cmclymer also shared a photo showing that the church is putting things in place to open its doors to victims. 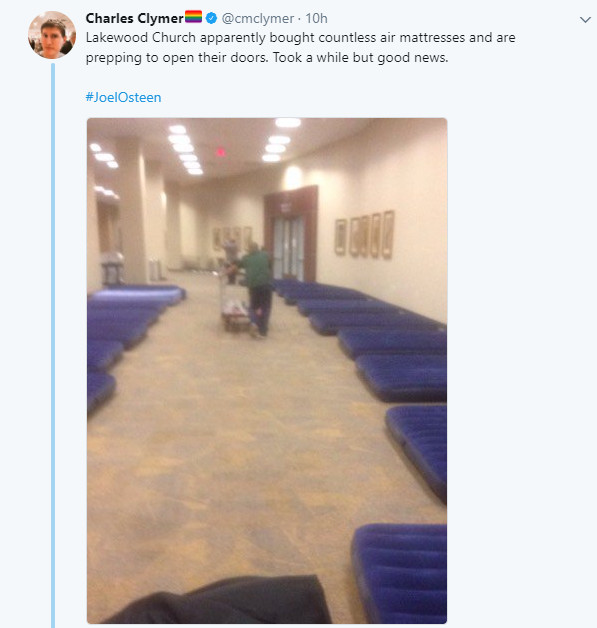 The church also, in a series of tweets, announced that it’ll be collecting supplies for victims. 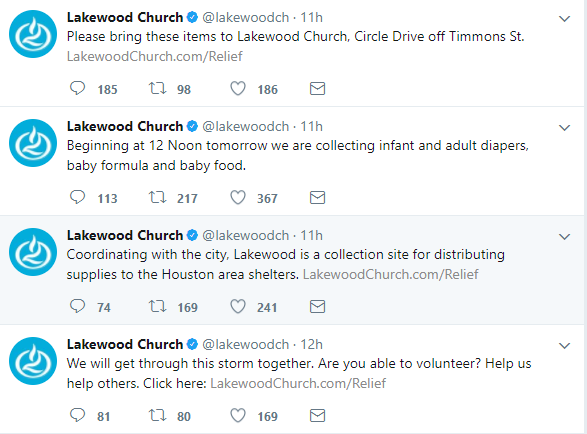 The church has also partnered with a disaster relief organisation Samaritan’s Purse to help victims.