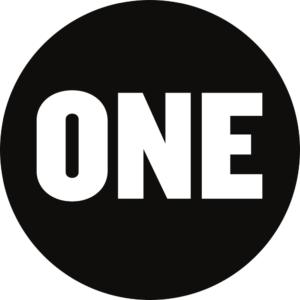 ONE, an international, nonpartisan, non-profit, advocacy and campaigning organization wrote an open letter to President Muhammadu Buhari on the State of Health in Nigeria.

The organisation, which helps to fight extreme poverty and preventable disease by raising public awareness and pressuring political leaders to support policies and programs that are saving lives and improving futures, wrote:

After the signing of the Appropriation Act on 12th June, 2017, the Nigerian Health Sector Reform Coalition conducted an analysis of the Federal Government’s resource allocation to the entire health sector – including the Federal Ministry of Health. As such, it is our urgent appeal that Your Excellency increases the upcoming 2018 health budget to at least 7.5% of the national budget. This is in line with the Abuja Declaration by African Heads of States that committed 15% of the annual country budget for health. Also, we respectfully request that Your Excellency implements the 1% Consolidated Revenue Fund (CRF) towards the Basic Healthcare Provision Fund (BHCPF) as provided for in the National Health Act 2014. As a coalition of Civil Society Organisations, we are committed to supporting the Federal Government by tracking the funds to the health sector to ensure that the budgeted funds provide appropriate health services to Nigerians.

Currently, the total amount allocated to the health sector in 2017 approved Federal Government budget is estimated at N380 billion, 5.1% of the national budget. This includes the allocation to the Federal Ministry of Health (FMoH) at N308 billion (4.1% of the national budget) and allocations to MDAs that are outside the FMoH such as the State House Medical Center, the National Agency for the Control of AIDS (NACA), the National Health Insurance Scheme (NHIS) payment for FG staff not made by the FMoH, as well as other health related allocations.

Therefore, we need the Federal Government and State Governments to invest more for and in health. Health is the foundation of our national security, economic growth and recovery plan. An investment in health not only boosts the economy, but is also a critical determinant of quality of the workforce. An investment of $1 in reducing stunting among children yields $11 in economic benefits, while $1 invested in ensuring breastfeeding yields $35 in economic benefits. In addition, when countries invest $1 in immunizations they stand to gain between $16 to $44 in economic returns.

Right now, millions of Nigerians die needlessly because of the fragile state of healthcare in Nigeria. According to UNICEF, Nigeria’s basic immunization coverage is the eighth worst in the world! More mothers die of largely preventable deaths in Nigeria than anywhere else in the world – 6 mothers die every hour! If we take into account the population, Nigeria has the fourth highest maternal mortality ratio in the world – behind Sierra Leone, Central African Republic and Chad. The Giant of Africa is failing her people.

With 70% of the disease burden at the primary care level, it is unfortunate that the primary healthcare system is the least funded. Given the imminent exiting (re-prioritization and re-allocation) of funding support from international partners, we must plan to take full responsibility for the health of Nigerians.

The Health Sector Reform Coalition (HSRC) is a non-partisan group of civil society organisations (CSOs) and non-governmental organisations (NGOs) that are concerned about the health sector in Nigeria. Members of the Coalition, have gathered signatures of over 188,000 Nigerians in our advocacy efforts to increase health funding for all Nigerians, through the #MakeNaijaStronger campaign. The Coalition will remain vigilant for the transparent and proper implementation of the funds towards healthcare provision in Nigeria. We pledge to track funds to ensure transparent implementation as part of our social contract to make Nigeria a great and healthy nation.

Sir, there is an urgent need to make a quantum leap investment into the health sector in the 2018 budget to at least 7.5% of the national budget and demonstrate good faith in implementing the 1% Consolidated Revenue Fund towards the Basic Health Care Provision Fund (BHCPF), as stipulated by the National Health Act 2014.

12. Education as a Vaccine (EVA)
13. Federation of Muslim Women of Nigeria (FOMWAN)

22. Save the Children
23. Synergy PMP
24. The Guardian
25. The Nigeria Health Watch
26. Vaccine Network for Disease Control

The time to invest in healthcare is now!

Black & Fabulous! See the Most Peculiar Hairstyles from #AfroPunk2017