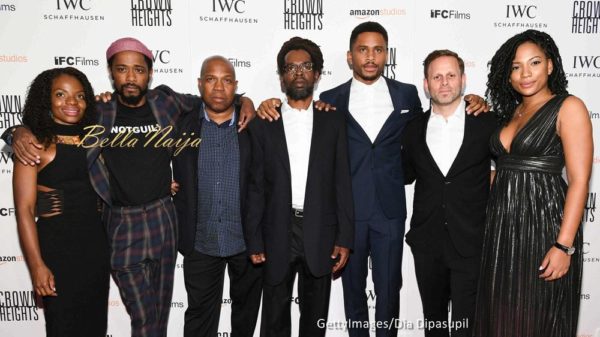 Former NFL player Nnamdi Asomugha premiered Crown Heights which he produced and featured in, on Tuesday, August 15th in New York at Metrograph.

The premiere was attended by the cast of the film Gbenga Akinnagbe, Keith Stanfield, Ron Canada as well as Meg Otanwa and more.

The film Crown Heights tells the true life story of Collin Warner, a man who spent 21 years in prison for a 1980 fatal shooting in Crown Heights and his friend who investigated the case and pushed for his exoneration.

Kechi Okwuchi advances to the Live Shows of AGT 2017

Love is in the Air! MC Lyte gets Married on a Romantic Beach in Montego Bay