Nigerian Female Techies share their Journey & Contribution to the Industry 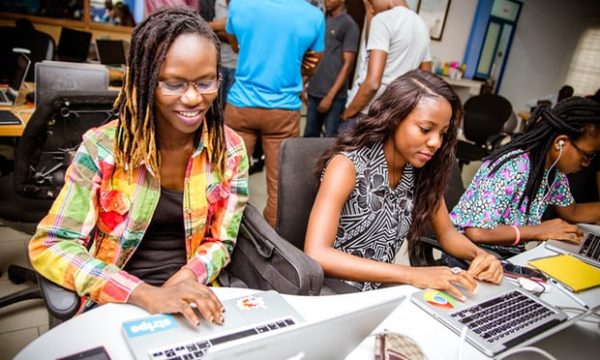 The Science, Technology, Engineering and Mathematics (STEM) has been dominated by men but in recent times, more and more women are pursuing their passion for tech, especially in Nigeria.

This is not just good for gender equality, but good for meeting the rapidly increasing demand for tech talent and solutions.

The UK Guardian talked to some pioneers of women in tech in Nigeria about their projects and the journey to where they are.

Nnenna Nwakanma, an activist for accessible internet said “I think those who are joining the tech world today have an easier path to tread. There were situations where people would refuse to recognise my authority, but would patronise or objectify me, or refuse to fulfill contracts they had willingly entered into – all because of my gender.”

Nwakanma said she kept pushing despite all these, co-founded the Free Software and Open Source Foundation for Africa (FOSSFA).

Ire Aderinokun, Nigeria’s first female and one of three Google Developer Experts said she took interest in tech as a hobby.

“I used to play an online game called Neopets, which had some HTML capabilities. From there, I got really interested and continued to learn more.”

The #BellaNaijaWCW who runs a web development blog bitsofco.de however, said she was not always encouraged.

She said: “It’s definitely not what society expected of me. I studied psychology for my undergraduate and law for my master’s. When I said I wanted to pursue this, there were many people who told me not to.”

“Removing the stigma and assumption that tech is only supposed to be for men is necessary, and I think we need to start from as early in children’s lives as possible. We should work towards eliminating negative statements and mindsets that perpetuate the myth that women can’t be involved in Stem,” Ire added.

Ire said she is funding full scholarships to five women to get “nanodegrees”, which have been endorsed by tech giants including Google, AT&T and Amazon.

Rukayat Sadiq, a software engineer said she decided to study Electrical Engineering, surprising her friends and family who expected her to be a doctor. She said women made up only 10% of the total population of her class.

Rukayat, who is a technical team leader at Andela, which received $24m in funding from Mark Zuckerberg, said she also spends her time “teaching and mentoring newbies”.

The highlighted women are some of many making their mark and changing the face of tech in the country.