Woman says R. Kelly had Sex with her at 16, then Paid her to keep Quiet

Here's Why Nigerians think Davido is the Antidote for Coronavirus

April Fool's? Not This Year, Please

Another woman has come forward to say she was abused by R. Kelly when she was a teenager, then was paid to keep quiet.

The singer has been recently accused of keeping women in an abusive “sex cult.”

Jerhonda Pace was just 15 when she met R. Kelly, her musical idol.

In an interview with Buzzfeed, Jerhonda revealed all the details of her affair with the singer, including a court case and a settlement.

Although she signed a non-disclosure agreement, Jerhonda said she’s risking being sued so she might help others get out of that situation. She said:

If I can speak out and I can help them get out of that situation, that’s what I will do.

He’s brainwashed them really bad, and it kind of reminds me of Charles Manson.

I just really hope I can help these women out. Kelly needs to be stopped. 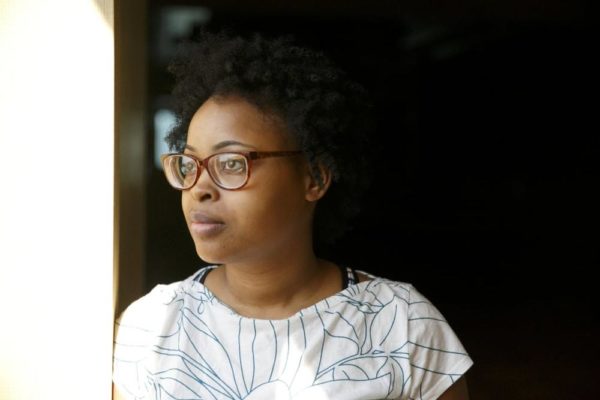 Jerhonda, who described herself as a “super-fan” of R. Kelly, said she’d been listening to him since she was 11. She said:

When R. Kelly was indicted for making child pornography, Jerhonda said her love for him did not fade, as she attended the trial proceedings every day.

She said watching the 26-minute, 39-second video prosecutors alleged depicted R. Kelly having sex with a 14-year-old girl, urinating in her mouth, and ordering her to call him “daddy” was disturbing.

She said she thought: “Well, maybe that’s not the girl. If she would have come forward, I think it would have made a huge difference,” defending her idol in her head.

After R. Kelly was acquitted, Jerhonda, the a 15-year-old, spoke to MTV. She told them: “They can’t say he likes little girls. They don’t have proof of that. Because he’s innocent now. He’s free.”

Although the MTV article claims she was 18,public records, birth certificate, and driver’s license confirms Jerhonda was 15.

She admits she lied to the reporter because Cook County sheriff’s officers were not admitting anyone under 18 into the trial.

She met R. Kelly when he was walking into the court building, she said. “He seemed like a cool guy, and he would always speak to me when he saw me.”

She got his autograph, too, which she still has in her possession. She said: “He didn’t have anything to sign, and neither did I, but my friend reached into her pocket and found an old bank slip, so I got his autograph on her bank slip. I laminated that.”

In 2009, a friend and employee of R. Kelly friended her on MySpace. The friend invited her to a party the singer was throwing at his mansion.

She lied to her parents to attend the party, she said, telling them she was going to a friend’s house.

There Jerhonda met R. Kelly, she said, where he called her over to the bar and told her he had noticed her at the trial. She said:

I was a bit nervous. Even though I had already met him at his trial, I was like literally at his house, so it did not feel real. At the time I was still, you know, pretty starstruck, so I was in disbelief.

Jerhonda said she had told R. Kelly she was 19 at the time, in Illinois where 17 is the age of consent.

She said he met her again on June 5, 2009, after sending his employee to pick her up in a black SUV.

“He told me that he wanted me to undress for him [and] walk back and forth like I was modeling,” she said.

The two then had oral sex, she said, after which R. Kelly made his first attempt to ensure that she did not talk about their sexual relationship by having her write out and sign letters stating that she had stolen jewelry and cash from him, and that her parents had set her up to blackmail him.

Four days later, Jerhonda said, R. Kelly gave her an alcoholic drink he called Sex in the Kitchen. The two had sex, Jerhonda losing her virginity, which she said R Kelly found exciting.

She said: “I was drunk, because I wasn’t used to alcohol.”

Over the next 7 months the two have sex consistently, she claimed. R. Kelly also filmed most of the encounters on his iPhone or a video camera on a tripod.

She said: “I had to call him ‘daddy,’ and he would call me ‘baby.’ He wanted me to have two pigtails, and I had to go out and find little schoolgirl outfits.”

R. Kelly told her it was fine, but that she should tell anyone who asked that she was 19, and act like she was 25.

Consistent with what other alleged victim of the singer have said, she too followed rules while she was with him.

She had to dress in baggy clothes, turn over her phone, and ask permission to shower, eat, go to the bathroom, and leave the house.

If she disobeyed, she was mentally and physically abused, she said.

Asked why she complied, Jerhonda said:

At the time, I didn’t know what I liked, honestly. I just knew that I liked his music, so I was pretty much accepting of anything that came with him at the time.

She ended the relationship after she was “choked, slapped and spat on,” after R. Kelly caught her texting a friend, she said.

She met with an attorney afterward, who had reportedly settled many cases with other alleged victims of the singer.

She signed a non-disclosure agreement, and a settlement was reached.

She said she knows she might get sued. But she speaking out was necessary to help others. She said:

I know speaking out against Kelly, Kelly could sue me. But I’m really not worried about it anymore.

I feel like this is a healing process for me, because I’ve been holding this in for so many years, and to see that he always gets away with it, it’s just not right. I’m just going forward with my head held high.