R. Kelly accused of keeping women against their will in Abusive Sex 'Cult' 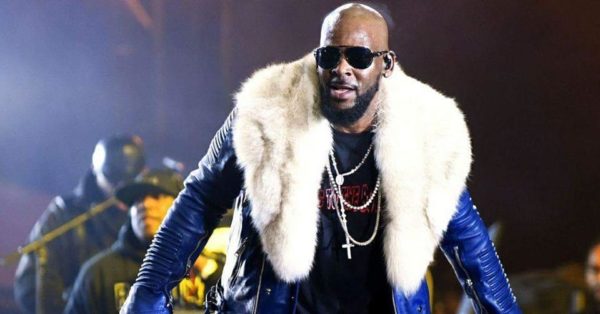 R&B legend R.Kelly has been alleged of keeping young women against their will in an abusive sex cult according to Buzzfeed.

The report says the singer goes after women between ages 19-21 who seek help from him to help launch a career in music.

After some time, he establishes a sexual relationship with the girls, who reportedly call him ‘Daddy’ while he calls them ‘Babies’. He becomes controlling and dictates their behaviour and lifestyle choices afterward.

He goes to the extent of seizing their cell phones and replacing them with new ones and instructing them to seek his permission before calling anyone.

They are said to seek his permission before leaving their rooms and also dress in jogging suits so that no one else can see their bodies.

According to the report, they are prohibited from showing their faces when other men are in the room, they instead turn around and face the wall to talk.

R. Kelly is also said to occasionally film his sexual activities with the girls and shares the videos with other men.

One of the girls’ mother told Buzzfeed that it was as if she was brainwashed. She added that her daughter was horrible and looked like a prisoner the last time she saw her.

I hugged her and hugged her. But she just kept saying she’s in love and Kelly is the one who cares for her. I don’t know what to do. I hope that if I get her back, I can get her treatment for victims of cults. They can reprogram her. But I wish I could have stopped it from happening.” She said

The Grammy-winning singer reportedly punishes the girls verbally and physically when they break his rules.

The police are said to be unable to do anything about the matter as the girls are all above 18 and have often said they are with the singer on their own free will.

Related Topics:BuzzfeedR Kelly
Up Next