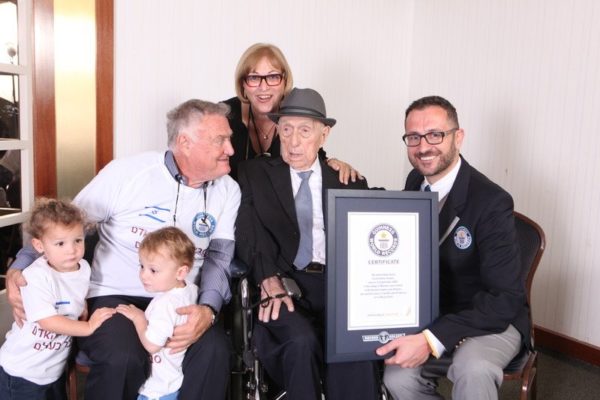 Israeli Holocaust survivor Yisrael Kristal, who was certified in March 2016 by Guinness World Records as the world’s oldest man died Friday in the Israeli city of Haifa at the age of 113.

Following reports of his death in the newspaper, Kristal’s daughter, Schulamit Kristal, confirmed her father died a month before his 114th birthday.

Kristal had most recently celebrated the 100th anniversary of his Bar Mitzvah, the Jewish celebration of religious maturity, in late 2016 with his family and a party for his 113th birthday was held on September 15 of the same year.

Yahoo! News reports that he was born on September 15, 1903, in the Polish village of Zarnow and three months before the Wright brothers’ first successful powered airplane flight. Kristal was deported to Auschwitz in 1944 and lost his first wife and two children during the Holocaust.

GWR mourns the loss of iconic record holder Yisrael Kristal – the world’s oldest man who has died at 113 > https://t.co/Z5eVc1VcSx pic.twitter.com/ns95Xg0U8t