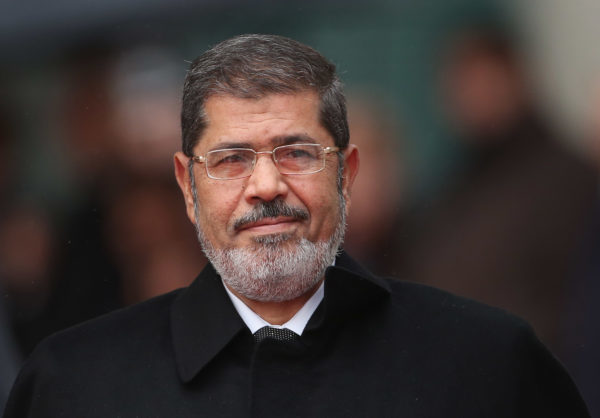 The Court of Cassation ruling, which is final, overthrew a 15-year sentence for Morsi on charges of stealing the documents, handed during the initial sentencing.

But it upheld a life sentence of 25 years in prison on the charge of leading an illegal organisation, his lawyer Abdel Moneim Abdel Maqsud said.

The ruling came after lawyers appealed the initial 2016 sentencing.

Hundreds of Morsi supporters were killed during protests following his ouster.

Egypt has also been battling an insurgency by an Islamic State group affiliate based in North Sinai that has killed hundreds of policemen and soldiers and dozens of Coptic Christians. Courts have sentenced hundreds of Islamists to death, including other Muslim Brotherhood leaders, though many have appealed and been granted new trials.

Morsi’s Muslim Brotherhood has been blacklisted as a terrorist group.

Morsi, Egypt’s first democratically elected president, was overthrown by the military in July 2013 following mass protests against his one-year rule.