Egypt Court Condemns 183 to Death for Lynching of Policemen 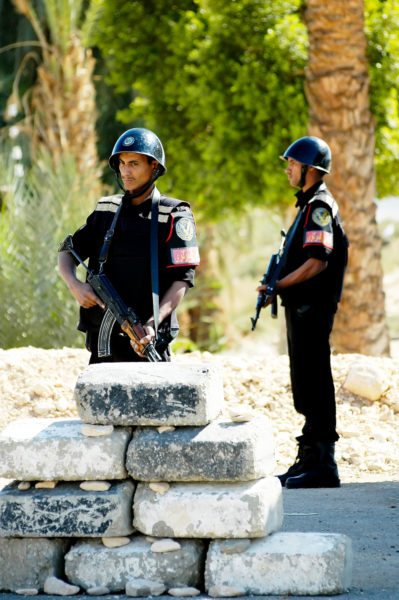 An Egyptian court on Monday in Cairo, condemned 183 men to hang for lynching of 11 policemen by Islamist rioters in August 2013.

The Prosecutors said the condemned men were convicted of playing a role in the killings of 16 policemen in the town of Kardasa in August, 2013 during the upheaval that followed the army’s ouster of Islamist president Mohamed Morsi.

They said 34 were sentenced in absentia.

They said a video footage from the scene at the Kerdassa police station showed the dead and dying policemen sitting lined up against a wall as they were abused by a crowd.

“Only one of the station’s staff escaped with his life, while the two civilians caught up in the attack were also killed,’’ they said.

They said the men condemned to hang on Monday were among 188 whose preliminary death sentences were referred to Islamic legal authorities in December, as required by the Egyptian penal code.

They said the court reduced the sentence of a juvenile to 10 years in prison, found two of the defendant’s not guilty and dismissed charges against the remaining two because they are dead.

The Prosecutors said the defendant’s have the right to appeals.

Meanwhile, the country’s top appeals court also on Monday, granted a retrial to 12 men convicted of killing a police general in Kerdassa in September 2013 when security forces re-entered the town for the first time after the lynchings.

More than 200 other death sentences have been passed on alleged Morsi loyalists, including Muslim Brotherhood supreme guide Mohammed Badie, over the 2013 unrest.

Some of the cases all remain subject to appeal, and retrials have already been ordered in a number of cases.

Morsi’s Muslim Brotherhood was banned in late 2013 as a terrorist organisation. Prominent secular democracy activists have also been jailed in a crackdown on protests.

Activists said more than 40,000 people have been jailed or prosecuted since Morsi was deposed.

Related Topics:Death sentenceEgyptKerdassaMohamed Morsi.
Up Next