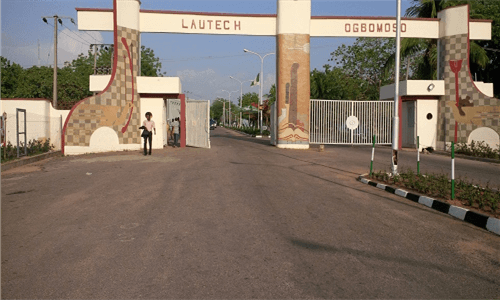 Ladoke Akintola University of Technology (LAUTECH) will reopen Friday, September 15, 2017, a statement by the institution’s registrar Jacob Agboola has said.

The school has been shut since June 2016 after lecturers embarked on an indefinite strike to protest non-payment of salaries.

The lecturers had earlier embarked on a strike in 2015 but Oyo and Osun state governments, owners of the school raised N500m which only convered two and a half months salaries, enough to complete the 2015/16 academic session, after which they shut down academic activities.

Students are expected to return to school September 25 and full academic activities have been scheduled to begin after the Independence holiday.

The Governing Council of Ladoke Akintola University of Technology, Ogbomoso, has approved resumption of activities on the institution’s campuses with effect from Friday, September 15, 2017.

Students of the university are expected to return to school on Monday, September 25, 2017, while full academic activities, the details of which the senate will announce, shall commence immediately after the Independence anniversary holiday.

Council thanked the governors of Oyo and Osun states, Senator Isiaka Abiola Ajimobi and Ogbeni Rauf Adesoji Aregbesola respectively, for agreeing to support the university with necessary funds to enable the university to return to its normal work schedule and reinvigorate its latent capacities for accelerated and sustainable growth and development.

Council also appreciated all stakeholders for their understanding and support.

Council further appealed to students, staff, parents as well as the general public to demonstrate greater faith and dedication to the well-being of the institution, as better days lie ahead of it.

Concerted efforts should, therefore, be geared towards ensuring that nothing is allowed to disrupt the normal work of the university again.

Related Topics:Ladoke Akintola University of Technology (LAUTECH)
Up Next

Don’t try your luck with the Rains! Here are 5 Ways the Rains Can Be a Danger to Your Car & How to Halt Them