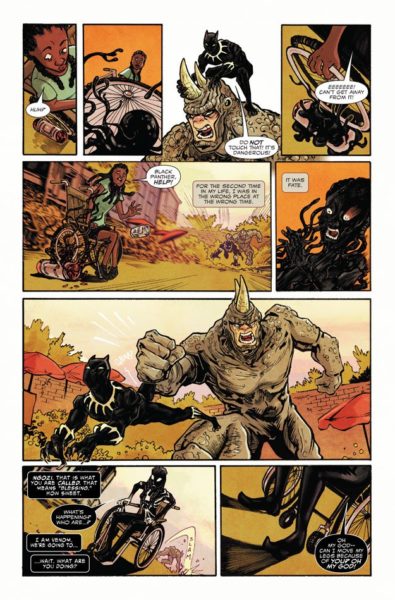 U.S. comic book publisher Marvel has launched the first superhero comic to be set in a real African country titled “Blessing in Disguise”.

The book is set in Lagos and features Ngozi, who is a superheroine fighting evil in Nigeria’s commercial capital Lagos.

Blessing in Disguise is created by award-winning Nigeria-American writer Nnedi Okorafor. The published story is part of Marvel’s Venomverse comic with Ngozi appearing alongside Black Panther and Spider-Man villain Venom.

Ngozi is a character based on one of the Chibok girls and is expected to serve as a role model for girls, said the science fiction writer.

“I had asked the artist to make Ngozi in the likes of one of Chibok girls … I asked her to draw Ngozi in her likeness,” Okorafor told BBC.

“They were normal girls who suddenly had to deal with a huge change in their lives … and their story of perseverance is so powerful. Like many Nigerian girls, Ngozi comes in a small package but is strong-willed and determined.”

Nnedi Okorafor has created over 20 novels and short stories including award-winning Binti and her debut novel Zahrah The Windseeker which won the Wole Soyinka Prize for Literature in Africa award.