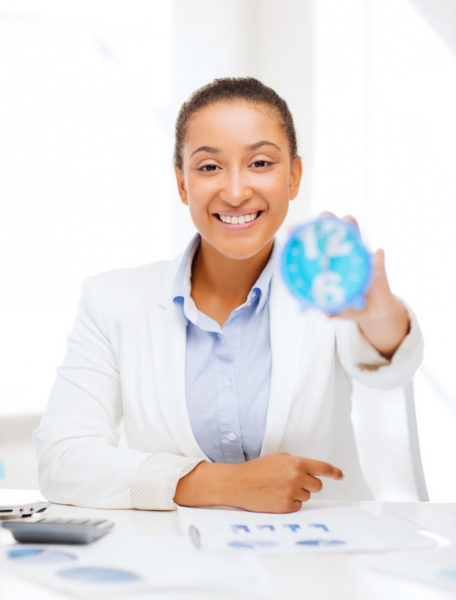 Consciously or subconsciously, we wake up every morning with the same question that Hillary Clinton poses to herself every day, “What am I going to do today, and how am I going to do it?” Many of us proceed to take mental notes of what it is that we want to do while some of us who are of the kind to enter a room and forget why we did, decide that mental notes are not for us because, forgetful. Other available options are to go down the old-fashioned road of pen and paper or whip out our smartphones and use a suitable application. We put together our to-dos by making lists, entering them in our calendars and allocating time to them.

To-Do Listing
Plastered to our fridges, jotted on sticky notes, scribbled in note pads, typed in phones, we could put our lists anywhere. Some people even write in the palm of their hand. If you do that currently, please un-do it from now on, thank you.

I used to swear by to-do lists, but not so much anymore because of my discovery that to-do listing could be a really flawed way of planning. One of the compelling arguments against these lists is that they do not present an opportunity to prioritise. A to-do list contains the important, kind-of-important-but-not-emotionally-ready-to-do and unimportant tasks all jumbled up without differentiating between the urgent and the trivial.

Another argument is that to-do lists are not useful in discerning between the more complex and time-consuming tasks and the simple ones. For example, when you check your list and see that you have to send an email and re-arrange your entire wardrobe, you are more likely to send that email first just because it is easier even though it may not be the more pressing thing to do.

Finally, a to-do list does not provide any form of commitment. In no way does it check you to make sure that you do what you want to. Perhaps not the best option, but to-do lists aren’t the worst either…. so just in case you want to follow the millennial way and use and app, you may find a good one here.

Calendaring
Are you one of those people that hoards those pretty office diaries that companies make and share at the end of every year? You literally need just one, but you keep three: one leather back, one Ankara and the last hard-cover. I get you though, they are super cute. But what are you using them for? They weren’t made for your market lists or class notes or boring day doodles.

I suggest that you organise your calendar in such a way that it reflects your dearest values. If you are a fitness lover for example, seal off time during the week that is for gym time. That way, you know Monday, Wednesday and Thursday evenings are gym time for you so it is part of your routine. Even better, you may not have to add “Go to the gym.” to your list of things to do because it has become a habit and you do not need to remind yourself to go there as it has become custom.

Imagine how much better and easier it could be to get tasks completed if the things we value are reflected in our calendar – we do not have to force ourselves to do what we want to because we are just used to doing it. And, technology is not the enemy. I found a strong case for Google Calendar (It comes with the Gmail package) as your go-to calendar as opposed to our beloved office diaries and the article is complete with how to set it up and use. I must add that it has such an interesting title, Why Google Calendar Eats All Other To-Do List Apps For Breakfast.

Time-Blocking:
Recently, I watched an old episode of The Real Housewives of Atlanta where Kim was Kandi’s opening act while on tour. Kim was so overwhelmed by the time allocation Kandi’s assistants had put it in place like “The bus moves at 2:15.” “Hair and make-up must be done by 4:05.” They planned to the minute. Having such a schedule could be overwhelming for anyone and I think the reason why is because there is some form of attachment to it, like an adhesive. There is something you have sort of pledged yourself to which requires loyalty from you. This is time.

By time-blocking your tasks, you may feel like there lies a heavier burden on your shoulders but it fuels you to get the work done. A plan to do something at a particular time feels more of a commitment than just a plan. It is true that it may not be realistically possible to keep to the exact time slated for your tasks so feel free to be flexible. Time-blocking also fills up the holes left open by to-do lists. You will probably allocate adequate time to your important and difficult tasks and the time functions as a commitment mechanism as well. As for Kim, she wasn’t always on schedule but things still managed to work out.

Putting all three together makes a swell combo – entering your tasks in your calendar with an allocated time to accomplish them. This combination forms a great method of planning with a bit of the three which sort of reminds me of the intersection of three sets in a venn diagram-  To-do listing ∩ Calendaring ∩ Time-blocking.

Who knew that Isaac Newton’s Laws of Motion could be applied to our productivity? Well, I learnt so not too long ago after reading this. Here, I’ll just sum up Newton’s first law of motion which states that objects in motion tend to stay in motion and objects at rest tend to stay at rest. Planning what you have to do is one of the first steps in starting something so plan and plan well. Just like James Clear said in that article, once you get started, it is much easier to stay in motion.

The Unvarnished with ‘Bimbola Adeluwoye: Lost

Ray of sunshine and Daughter of a King. Law student and a lifestyle/creative writer. I’m also passionate about the work of the UN and the achievement of the SDGs. I love Asahd Khaled, he’s a don. Twitter / Instagram: NadineOkoeguale